The two companies announced an agreement to create the 50/50 joint venture to own, operate, and manage offshore drilling rigs in Saudi Arabia back in November 2016. Rowan committed to contribute three and Saudi Aramco two of its jack-up drilling rigs at the beginning of operations.

Tom Burke, President and Chief Executive Officer, stated on Thursday, “We are extremely pleased to announce the launch of ARO Drilling. This is a groundbreaking joint venture that supports Saudi Arabia’s Vision 2030, and provides Rowan with an unparalleled long-term growth opportunity throughout the next decade and beyond.”

ARO Drilling also now manages the operations of Rowan’s seven remaining jack-up rigs currently in Saudi Arabia. Rowan and Saudi Aramco have agreed that ARO Drilling will purchase twenty future newbuild rigs that will be constructed by a Saudi Aramco manufacturing joint venture and are expected to be delivered between 2021 and 2030. Each newbuild is expected to have a sixteen year drilling commitment upon delivery to ARO Drilling.

Back in February when the joint venture was announced, Bassoe Offshore’s analyst David Carter Shinn explained the significance of this pact in the Middle East.

According to the analyst, the Middle East is one of the most important offshore drilling rig markets in the world. For jack-ups, it’s the center of the universe: out of a total of around 530 jack-up rigs, 174 are in this region, he said. Read the rest of David Carter Shinn’s analysis here: https://bit.ly/2kbkWXT 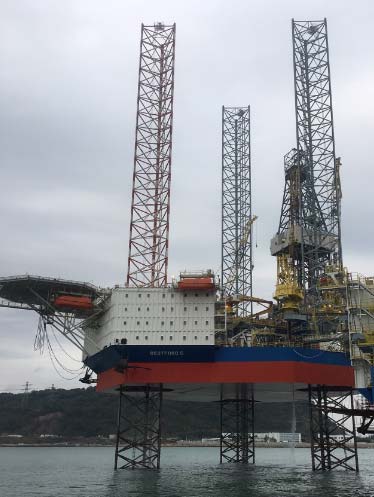