Rotortug is a spin-off company from Rotterdam-based towage operator Kotug. Rotortug BV develops and markets the patented principle of the ‘Rotortug’. The company recently took delivery of its own tug, called RT Borkum which will be exclusively used for demonstration and training purposes.

While a computer simulation can already show a lot, nothing helps to explain the working principles of the Rotortug as much as a fully operational tug. The new vessel will give this possibility without having to take any of Rotortug’s clients’ vessels out of commercial operation.

The Rotortug principle was developed at the end of the nineties, and patented worldwide soon after. The first tug featuring this principle was built by Padmos Shipyard. Since 2012, Rotortug BV has an exclusive agreement with the renowned Vancouver, Canada based tug-design company Robert Allan Ltd. While this company designs each Rotortug, the tugs themselves can be built under license at any shipyard in the world.

Until today, sixty tugs have been built with the Rotortug principle. A recent order for six tugs for Port Hedland in Australia speaks volumes about the reliability of the concept. About 25 per cent of the worldwide exports of iron ore passes through this port with a long and narrow approach. Any mishap in that channel has a direct severe economic impact. The best insurance against mishaps is a reliable fleet of tugs.

So what is this unique working principle? The main characteristic of the Rotortug is its triple Z-drive configuration: two azimuthing thrusters are located in the front and one in the back.

Most tugs operate very well at 0 knots (bollard pull) or in escort service, at a towed angle, at about 8 to 10 knots. There is a speed range in between, of 4 to 8 knots, where it’s hard to achieve enough pull on the towing wire to achieve substantial steering and/or braking forces.

With its three azimuthing thrusters, the Rotortug at the center lead fore position can provide sufficient ship speed with its two forward thrusters, but still use the thruster under the towage point to put enough tension on the towing cable.

As the thrust can be directed sideways, the Rotortug can develop a large towing force at an angle and a ship speed of 4-8 knots and in very confined spaces, such as locks. Faster response times mean improved controllability provided to assisted vessels and this can make the difference between a maneuver and a collision. A Rotortug can generate 70 per cent of its maximum bollard pull sideways.

A big role is also played by the redundancy of the system. With three completely separate propulsion systems, a Rotortug can always get away in case of failure of the main engine.

The result of this is that any vessel can be handled by two – rather than three – tugs, in all but the most extreme weather conditions. This reduces the number of tugs needed in a fleet to perform the same service.

Because of its triangular propulsion configuration, a Rotortug can always achieve a stable equilibrium between the towing cable and the thrusters’ propulsion force, allowing the tug to always sail ahead, contrary to other tugs which frequently sail astern to keep the towage point between thrust force and towed vessel.

The RT Borkum was built as a miniature working tug with a bollard pull of 10 tons, but on board it’s clear that no expenses were saved to make the vessel look sharp for its role as a representation vessel.

On deck, the tug looks more like a yacht, with polished stainless steel bollards, glued windows, teak caprails and a high-gloss Awlgrip topcoat. When you step in the interior, you are welcomed by the intricate woodwork, leather paneling and pleasant lighting. The central room on the main deck has large windows giving excellent views, a spacious table and a large screen for presentations.

A small galley is provided, as well as a luxuriously finished bathroom with shower. A Crestron entertainment is installed for sound and video, and all the floors have floor heating for a comfortable climate. On the deck above is the wheelhouse, which resembles in all aspects the wheelhouse of larger harbor tugs, including a complete Alphatron navigation and communication system.

It was Shipyard Padmos from Stellendam, the Netherlands, which co-designed and built the first Rotortug ever for Ton Kooren, founder of Kotug and Rotortug. This vessel was called RT Magic and won the Ship of the Year award in 2000.

While the shipyard is not suitable for series production of the larger harbor tugs, it was the ideal choice once again for this one-off demonstration tug. Shipyard Padmos can be considered as Rotortug’s ‘incubator’ for innovations, as it also converted RT Adriaan to the first European hybrid tug.

Because of the superyacht-style high-gloss coating, which requires spray painting in a controlled environment, Padmos sought assistance from yacht builder Merwelands in Rotterdam and VanDenEnden Shipyards from Waalwijk. Super yacht designer Guido de Groot was contracted for both the exterior and interior design.

On RT Borkum, the propulsion is diesel-direct with three main engines located in the aft engine room, connected by cardanic shafts to the Veth Z-drive thrusters. The long shafts which bring power to the forward thrusters are built of carbon composite. Because of its superior stiffness-to-weight properties, this allows using only two bearings, while an intermediate bearing would have been necessary if steel shafts had been used.

In addition to weight saving, this also leads to reduced friction losses. The Centalink carbon shafts from Centa each have a flexible coupling at either end, taking up any misalignments.

The three main engines are from Scania and comply with the emission standards for inland waterway ships. The entire propulsion package was supplied by Veth Propulsion. For low-speed maneuvering, the gearboxes in the Veth Z-drives have trolling capability, which allows controlling the propeller speed during constant engine speed by controlling the slippage of the hydraulic clutch. Cooling of the power plant is by means of keel-cooling ensuring minimum maintenance.

In addition to being an innovative concept – basically, a simulator which is as close to reality as you can get – RT Borkum also features a technical innovation in its own right. It is the first tug to feature the Azimuthing Friction-Free Towing Point (AFTP).

Frequent bending under tension of the Dyneema towing wire can generate significant heat, which reduces the lifetime and capacity of the towing wire. Various systems have been used to circumvent this problem, such as towing points with water spray or winches which automatically haul in and pay out part of towing wire.

The AFTP towing point on RT Borkum consists of a moving towing point on a curved track, similar to a mainsheet traveler on a sailing yacht, in combination with a Padmos in-house developed winch. While the car can be locked in three positions, it can also be left to move freely port to starboard as the tug changes angle relative to the towed vessel. This significantly reduces the bending angle in the towing wire, reducing the internal stress which causes heat production. This innovation has been patented by Rotortug BV.

“Seeing is believing” is as true for the Rotortug concept as for any innovation. While the company has been able to make a commercial success of its patented innovation using simulators and existing reference ships, it now has the perfect tool in hand to let potential clients experience the difference first-hand.

Future tug crews can be trained in escort towage by assisting a large harbor tug on its way out to a vessel, rather than taking a commercial ship out of service for this purpose.

Shipyard Padmos can add a successful delivery to its reference list while starting up construction for a series of three fishing vessels for French clients based on the innovative MDV-1 Immanuel stern trawler, which won the Ship of the Year Award in 2016.

This article was previously published in Maritime Holland edition #3 – 2017. 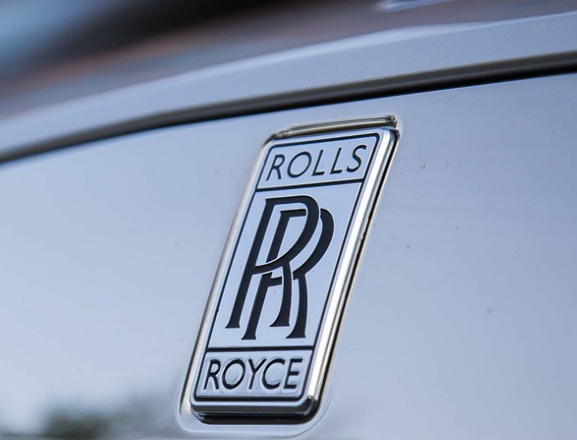