The project in the port of Primorsk is in line with the strategy of Russia to increase the port capacity of the Baltic Sea.

Specifically, the agreement, signed during the Transport Week 2021 Forum, provides for financing and construction of federal property facilities at the expense of Primorsky UPK with their subsequent transfer to the treasury of Russia.

Described as the largest investment project on the Baltic coast of Russia, the entire deepwater port complex on the territorty of Vyborg District of the Leningrad region is expected to be created by 2030.

The seaport of Primorsk will be able to have full digitalization and optimization in the transshipment processes management. The seaport will use new systems for loading, storage and transshipment of bulk cargo using closed technologies that exclude the negative impact on the environment. Dusting and noise impacts will be totally excluded, Rosmorport said.

The port complex is also seen as an important strategic facility for reorienting transit cargo flows from the seaports of the Baltic states and developing Russia’s export potential.

Specifically, Primorsky UPK includes a port complex, a new high-speed four-lane highway (43 km) with a junction to the Scandinavia federal highway and high-speed railway infrastructure. As part of the creation of the latter, upon agreement with the Russian Railways JSC, the complete reconstruction of the existing Vyborg-Matrosovo-Primorsk-Ermilovo section and the construction of the North-Eastern railway bypass of St. Petersburg are planned.

The implementation of the project will create 6,000 new jobs at the terminals of the Primorskiy UPK in the seaport of Primorsk. To ensure comfortable conditions for the employees of the seaport, a new residential area with a capacity of up to 12 thousand people is being designed at an area of about 200 hectares in the town of Primorsk.

The construction of the port complex is planned to be finalized by December 2024. In 2025, a trial operation of terminals will be carried out, logistics will be built up by shippers, and an increase in cargo turnover on a step-by-step basis will be carried out.

At present, design work has already been completed and state expert examinations have been passed. A construction stage of the preparatory period has reached its closing phase. 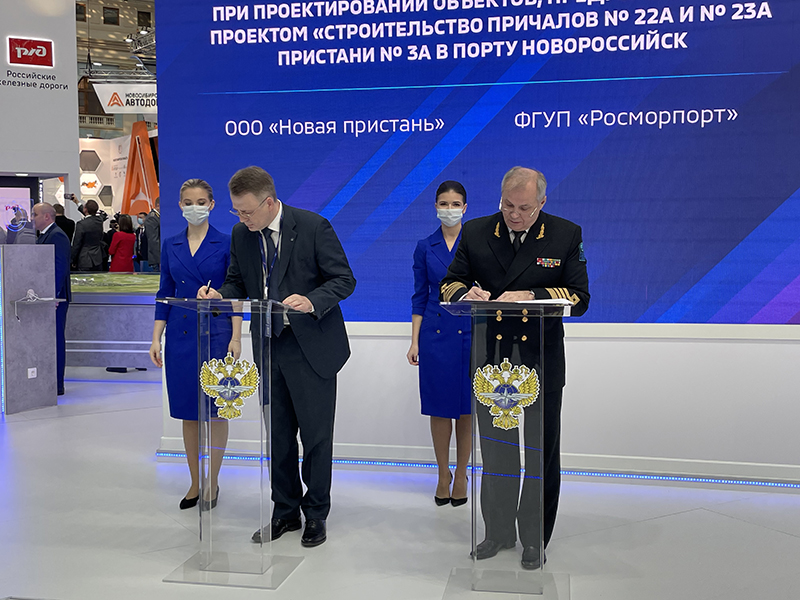