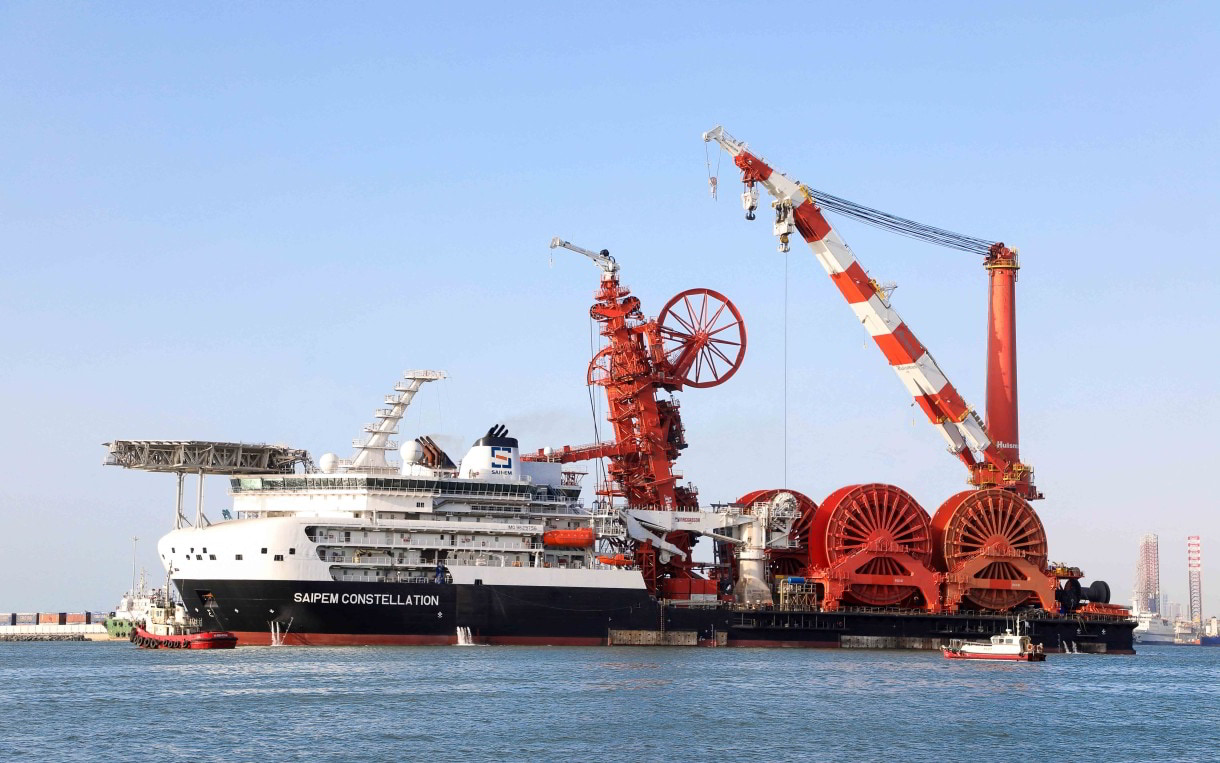 Back to overview
Home Fossil Energy Saipem clinches deals worth $1.2 billion in Guyana and Egypt

Saipem clinches deals worth $1.2 billion in Guyana and Egypt

Italian oilfield services provider Saipem has secured new offshore contracts with a total value of approximately $1.2 billion for work in Guyana and Egypt.

While announcing these deals on Thursday, Saipem explained that the first contract had been awarded by ExxonMobil, subject to government approvals, for the Uaru oil field development project, located in the Stabroek block offshore Guyana at a water depth of around 2,000 metres. This is the fifth development project offshore Guyana for ExxonMobil’s affiliate, Esso Exploration and Production Guyana Limited (EEPGL).

Saipem’s contract scope includes the design, fabrication and installation of subsea structures, risers, flowlines and umbilicals for a large subsea production facility.  The oilfield services provider was previously awarded other four subsea contracts by ExxonMobil for prior developments in the same area, including Liza Phase 1 and 2, Payara, and Yellowtail. Thanks to the latest deal, the firm will perform operations for the Uaru project using its vessels, including FDS2 and Constellation.

This contract award will allow Saipem to start some limited activities, such as detailed engineering and procurement, subject to the necessary government approvals, project sanction by ExxonMobil and its Stabroek block coventurers and authorisation to proceed with the final phase.

As a reminder, ExxonMobil announced Uaru-1 in January 2020 as the 16th discovery in the Stabroek Block. The well encountered approximately 29 metres of high-quality oil-bearing sandstone reservoir and was drilled in 1,933 metres of water. In April 2021, the company disclosed another oil discovery in the Uaru-2 well, which encountered approximately 36.7 metres of high-quality oil-bearing reservoirs including identified intervals below the original Uaru-1 discovery. The Uaru project is expected to start production at the end of 2026-2027.

By year-end 2025, ExxonMobil plans to have four FPSOs with a capacity of more than 800,000 barrels per day in operation on the Stabroek Block. Currently, the Liza field has two FPSOs and the first one, Liza Destiny, started production back in December 2019 as part of the Liza Phase 1 development. The second FPSO, Liza Unity, started production in February 2022, as part of the Liza Phase 2 development.

The other two FPSOs are the Prosperity FPSO vessel for the Payara project and the One Guyana FPSO for the Yellowtail project. While the first one is currently under construction with SBM Offshore, the second one will be the largest producing unit ever built by SBM.

Saipem disclosed that the second contract was awarded by Petrobel for the transportation, installation and pre-commissioning of 170 km of umbilicals for the Zohr field, to be transported and installed between the central control platform – 70 metres water depth – and the subsea field – 1,500 metres water depth – connecting to the existing subsea production systems. This offshore campaign is planned to start during Q3 2023.

Located within the Shorouk concession, some 190 kilometres north of Port Said, the Zohr field is said to be the largest gas discovery ever made in Egypt and in the Mediterranean Sea. It was discovered by Italy’s Eni in 2015 and brought online in 2017.

Petrobel, jointly held by Eni and the state corporation EGPC, acts as the operator of this field, while other partners include Rosneft, BP, and Mubadala Petroleum.