The Bayu-Undan CCS project could potentially safely and permanently store up to 10 million tonnes of CO2 per year. This is equivalent to about 1.5 per cent of Australia’s carbon emissions each year. Thus, it has the potential to be the largest CCS project in the world. It will also be one of the many that will be critical to help the world meet its climate goals.

The IEA Roadmap to Net Zero sees CCUS growing to 7.6 billion tonnes of CO2 per year by 2050. This is from around 40 million tonnes per year today.

The Bayu-Undan FEED work will include engineering and design for additional CO2 processing capacity at Darwin LNG. In addition, it will include repurposing of the Bayu-Undan facilities for carbon sequestration operations after gas production ceases.

Santos is working with the Timor-Leste regulator, ANPM, towards the necessary agreements and regulatory framework for the Bayu-Undan CCS. The project will also need agreements between the governments of Timor-Leste and Australia, as well as some Australian regulatory arrangements.

“Entry into the FEED phase has strong support from our five joint venture partners headquartered in Japan, Korea, and Italy. And last month, a meeting of the Timor-Leste and Australian prime ministers included a commitment by Australia to establish an LNG Partnership Fund to deepen links between Australia and Timor-Leste in gas development and trade, including in the use of CCS.”

“CCS will also enable new clean fuels industries such as hydrogen which will dramatically reduce not only Scope 1 and 2 emissions, but Scope 3 emissions as well.”

Santos’ approved Barossa project is one of several potential CO2 sources for Bayu-Undan CCS, but importantly this project offers a whole of region carbon solution.

A final investment decision on Bayu-Undan CCS is to take place in 2023. Before that, it is subject to relevant regulatory frameworks and agreements in both Timor-Leste and Australia. 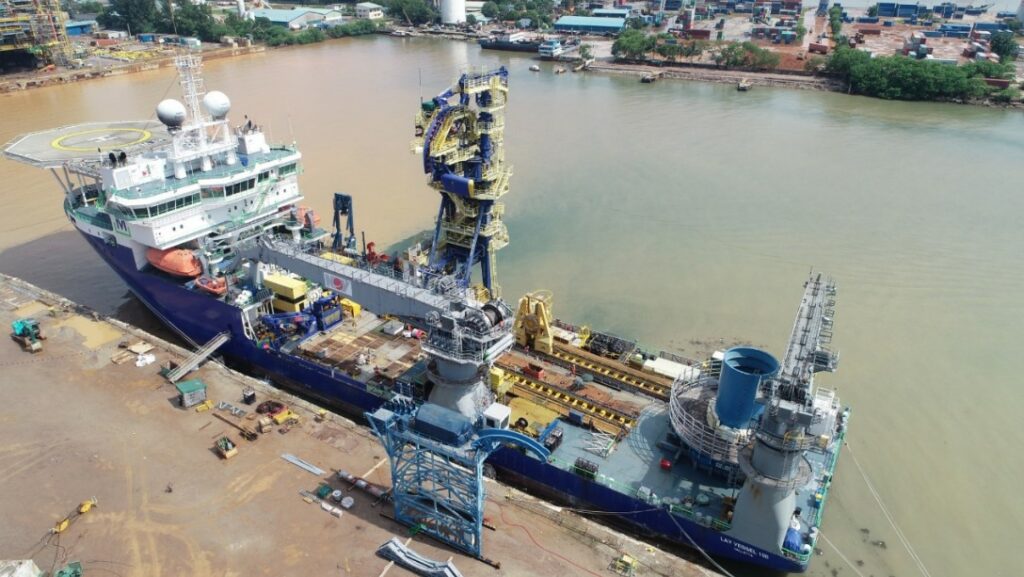 McDermott wraps up first subsea campaign for Santos
Posted: 3 months ago
Santos and SK to work on CCS projects in Australia
Posted: 4 months ago
SK E&S and Beijing Gas to cooperate on LNG and hydrogen
Posted: about 1 month ago