On 17 November, the Suez Canal Authority (SPA) celebrated the 152nd anniversary of the opening of the Suez Canal with over 1.4 million ships transiting the waterway since its inauguration, the canal’s authority revealed.

The Suez Canal’s actual history starts with the first concession and the other concessions that followed all the way to the groundbreaking and then the completion of the digging on 18 August 1869, and the inauguration ceremony on 17 November 1869. A myriad of ships entered the canal that same day, headed by L’Aigle, the imperial vessel carrying the most important officials attending the inauguration ceremony. The unit was followed by 77 ships, 50 of which were warships.

Since then, around 1.4 million ships transited the canal with a total net tonnage of 31.1 billion tons, and quantities of goods estimated at 24.8 billion tons. It is a significant route for energy, commodities, consumer goods and componentry from Asia and the Middle East to Europe. The canal is one of the busiest waterways in the world, accounting for about 12% of world shipping traffic.

In May this year, the Egyptian government approved the widening and deepening of the southern part of the Suez Canal, after the 20,000TEU container vessel Ever Given crippled the critical maritime artery.

With a length of 400 meters and a width of nearly 60 meters, this giant ship had been wedged in this vital shipping route for six days this March, blocking all shipping traffic. After being dislodged, the vessel was held by the SCA under court order while the authority sought compensation from the vessel’s Japanese owner Shoei Kisen and its insurers.

However, the blockage did not affect the SCA’s annual revenue, which hit a record $5.84 billion despite the Ever Given blockage crisis and the COVID-19 pandemic. For more than a century and a half, the Suez Canal managed to achieve huge revenues amounting to $148.1 billion, according to the SCA officials. The 152nd anniversary was also marked by giving symbolic gifts to masters of the transiting vessels.

In August this year, the waterway marked another major milestone with the successful passing of the world’s largest containership Ever Ace. The boxship measures 400 meters in length and 61.5 meters in width. It weighs about 235,000 tons and can transport 23,992 containers.

The vessel is the most recent addition to the Evergreen Marine Corporation’s fleet. It was delivered to the company by South Korean shipbuilder Samsung Heavy Industries (SHI) in July this year. 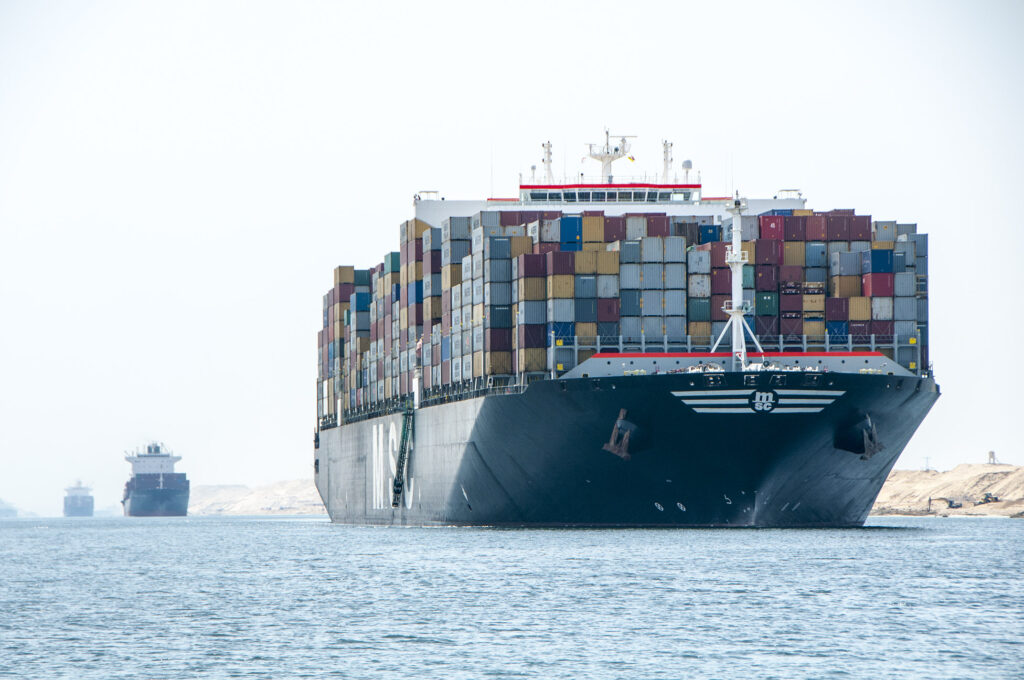