Following Greenpeace’s protest against a seismic survey offshore New Zealand, Schlumberger has responded with claims the survey is being carried out with a wide range of measures for minimizing the impact to marine mammals.

The company also asked all third parties “to refrain from any action that could jeopardize the safety of personnel or the operations.”

Last Friday, the environmental group intercepted the seismic vessel Amazon Warrior by using two rigid-hulled inflatables off the coast of Wairarapa, asking the crew of the vessel to “cease and desist” their operations, citing the negative effects on marine mammals.

Under a permit from New Zealand Petroleum and Minerals, the multi-client 3D seismic survey is being conducted by Schlumberger’s marine seismic subsidiary WesternGeco on behalf of the Austrian oil company OMV and the U.S. oil major Chevron. It began in November 2016 and will finish in May or June 2017, depending on weather.

Offshore Energy Today obtained a statement from the company conducting the survey. When asked to comment on the environmental group’s protest, a spokesperson for Schlumberger said: “The Greenpeace action was a legal protest by campaigners who honored the 500 m safety zone around the vessel, and the vessel captain acknowledged their statement.”

The spokesperson further said: “We understand the concerns of the local communities and we consulted widely with local fishing and other community groups including iwi. Schlumberger is highly committed to environmental protection and has implemented a wide range of measures for the New Zealand survey. These measures meet and exceed the requirements of the Department of Conservation (DOC) for minimizing acoustic disturbance to marine mammals from seismic survey operations.

“In all circumstances, our key concern and primary responsibility is the safety of all personnel – both ours and the third party. We are taking all reasonable steps to ensure everyone’s safety and we are working with the marine authorities to urge any third party to refrain from any action that could jeopardize the safety of personnel or the operations.” 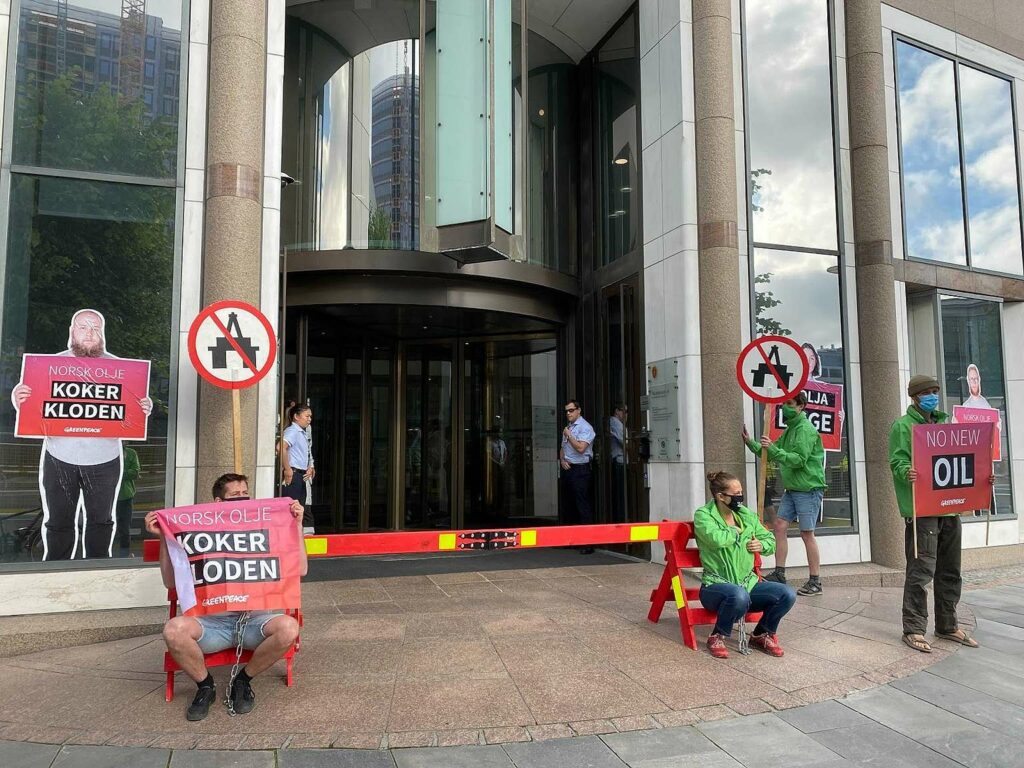