Ocean scientists on the NOAA ship Okeanos Explorer observed two species of marine life they believe have never before been seen together at a hydrothermal vent— chemosynthetic shrimp and tubeworms. They also observed the first known live tubeworms ever seen at a hydrothermal vent in Atlantic waters. The discoveries provide clues to questions about biodiversity and the global distribution of vent organisms and ultimately the origins of life.

The discoveries were made August 5-15 during an expedition to the Mid-Cayman Rise (MCR) south of Grand Cayman Island in the Caribbean.

“During the remotely operated vehicle’s second dive, we were witness to the first discovery of a live hydrothermal tubeworm in the Atlantic,” said expedition Science Lead Chris German, Chief Scientist for the National Deep Submergence Facility at the Woods Hole Oceanographic Institution. “That was my key personal discovery moment for the cruise.”

On the previous dive, reported Paul Tyler, a marine biologist from the University of Southampton in the United Kingdom, “we observed abundant shrimp that were clearly different in appearance from other Mid-Atlantic Ridge species. These shrimp had characteristics previously seen only on shrimp containing chemosynthetic bacteria, and we identified them as such.”

German and Tyler were onboard the ship along with a number of technicians operating an ROV, or remotely operated vehicle at depths of up to 3,500 meters (10,000 feet) below the surface. Using a new model of telepresence-enabled ocean exploration, the Okeanos Explorer team conferred and collaborated with scientists on watch or on call ashore at a network of Exploration Command Centers connected to the ship’s sensors, systems and people in near-real time by satellite and high-speed Internet.

The two discoveries blended into what German described as an even more remarkable discovery. “Not only did we see extensive tubeworm communities of differing sizes and shapes across the length and breadth of a large hydrothermal vent field, but we observed, for the first time anywhere, chemosynthetic shrimp and tubeworms inhabiting the same hydrothermal site,” he said.

Chemosynthetic tubeworms and shrimp are unlike most other life on Earth that are photosynthetic—relying on energy from the sun. These new hydrothermal animals, by contrast, exist on the deep and dark ocean floor where no sunlight penetrates. They derive energy instead, from chemicals that rise in the hot water of hydrothermal vents making them chemosynthetic.

While chemosynthetic animals live at vent sites around the globe, over the last three decades scientists participating in international collaborative programs like the Census of Marine Life and InterRIDGE have learned that distinct species of animals inhabit vent sites in different oceans and theorize that there are different geologic and oceanographic features that may control the biodiversity at these sites. Vent sites in the Atlantic are dominated by shrimp; those in the Pacific by giant tubeworms. Smaller tubeworms have been found at seafloor cold seeps in the nearby Gulf of Mexico and off the West Coast of Africa – as well as at vents in the far distant NE and SW Pacific – but until this discovery, no tubeworms had been observed at hydrothermal vents in the Atlantic.

Adds Tyler, “To find both [shrimp and tubeworms] together has important implications for the evolution of vent communities in the Caribbean as the Atlantic became separated from the Pacific some five million years ago.”

The Mid-Cayman Rise (MCR) is an ultraslow spreading ridge located in the Cayman Trough – the deepest point in the Caribbean Sea and a part of the tectonic boundary between the North American Plate and the Caribbean Plate. At the boundary where the plates are being pulled apart, new material wells up from Earth’s interior to form new crust on the seafloor.

“Much of the exploration focused along the walls that bound either side of the Mid-Cayman Rise rift-valley where long-lived fault-systems lift rocks from deep within Earth’s interior up to the ocean floor at so-called Oceanic Core Complexes,” said German. “Hydrothermal activity in these rocks has the potential to host fluids with unique compositions that may be relevant to pre-biotic chemistry and thus to future investigations into the origins of life on Earth. And that future work, in turn, may help to shape deep-space exploration in the decades to come.”

The discoveries build on work conducted in 2009 during a NASA-funded expedition by German and his colleagues who were the first to find chemical evidence of three different types of vents at the MCR. A 2010 expedition by colleagues from the University of Southampton visually confirmed one of those vent site locations and also discovered another, fourth site all within ~100km of one another. Because of its unique focus on exploration, the 2011 NOAA expedition allowed the investigators to examine a large area of the MCR using an ROV and high-definition video cameras. German and colleagues plan to return to a number of these sites with the ROV Jason next year on an NSF-funded cruise to focus on obtaining samples of the newly found marine life and their supporting hydrothermal fluids and minerals for detailed analysis.

Images from the seafloor were obtained via high-definition cameras, both on NOAA’s camera sled Seirios and on the Institute for Exploration’s Little Hercules ROV. Both vehicles also carried high-intensity lights to illuminate the seabed and seafloor images were transmitted up a fiber-optic cable to the ship, where technicians transmitted video feeds ashore via satellite.

NOAA Ship Okeanos Explorer is operated, managed and maintained by NOAA’s Office of Marine and Aviation Operations, which includes commissioned officers of the NOAA Corps and civilian wage mariners. NOAA’s Office of Ocean Exploration and Research is responsible for operating the cutting-edge ocean exploration systems on the vessel. It is the only federal ship dedicated to systematic exploration of the planet’s largely unknown ocean.

The Woods Hole Oceanographic Institution is a private, independent organization in Falmouth, Mass., dedicated to marine research, engineering, and higher education. Established in 1930 on a recommendation from the National Academy of Sciences, its primary mission is to understand the ocean and its interaction with the Earth as a whole, and to communicate a basic understanding of the ocean’s role in the changing global environment. 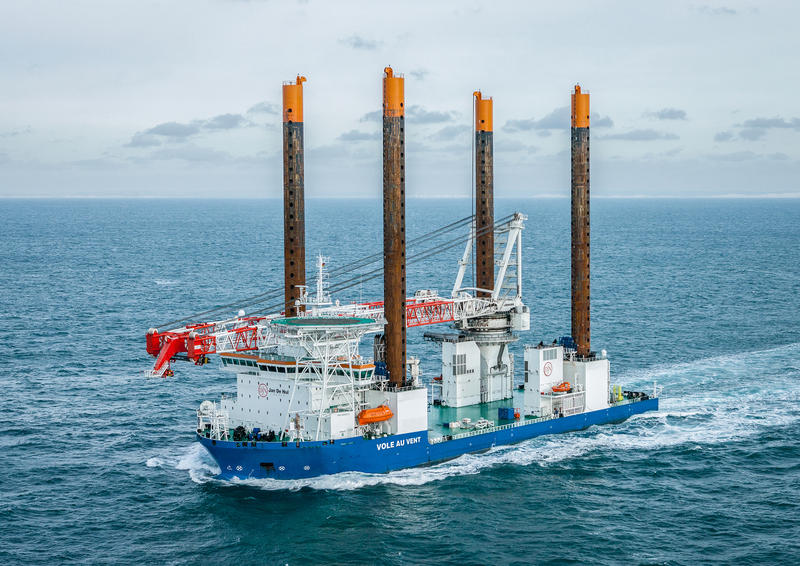