The results from the world’s first experiment into the realistic simulation of the potential environmental impact of a submarine CO2 leakage, which featured several studies by scientists from the National Oceanography Centre (NOC) and University of Southampton, have been published in a special issue of the International Journal of Greenhouse Gas Control (IJGGC).

The research was conducted as part of the QICS project and forms part of a wider program of UK research into Carbon Capture and Storage (CCS) technology.

The research found that, for a leak of this scale, the environmental impact was limited; restricted to a small area and with a quick recovery of both the marine chemistry and biology.

This ground-breaking experiment involved the injection of 4.2 tonnes of CO2 into to a site 11 meters below the sea bed, which itself is 15m below the surface of the sea, in Ardmucknish Bay, West Scotland. The injection took place over 37 days via a borehole drilled through the seafloor bedrock. The progress of this injection was then monitored using a combination of geochemical and geophysical sensors and observations from divers.

Scientists from the NOC were able to assess the impact of escaped CO2 on calcifying organisms, such as sea urchins. This was achieved by monitoring levels of acidity during and after the ‘leak’.

Dr Anna Lichtschlag, from the NOC, said: “NOC’s geochemical tools enabled us to track chemical changes in marine sediment resulting from the CO2 release. This way we were able to see that the impact was highly localized and recovered back within few weeks to its pre-injection state.”

The QICS project has made a series of recommendations for enhancing the safety of CCS, based on the results of this experiment. For example, CCS sites should be below dynamic bodies of water to promote the rapid dispersal of leaked CO2.

QICS (Quantifying and Monitoring Potential Ecosystem Impacts of Geological Carbon Storage) was led by Plymouth Marine Laboratory (PML), and funded by the Natural Environment Research Council (NERC), and the Scottish and Japanese Governments. A number of UK and Japanese research institutes and universities collaborated with the experiment. The experiment was co-ordinated by the Scottish Association for Marine Science (SAMS). 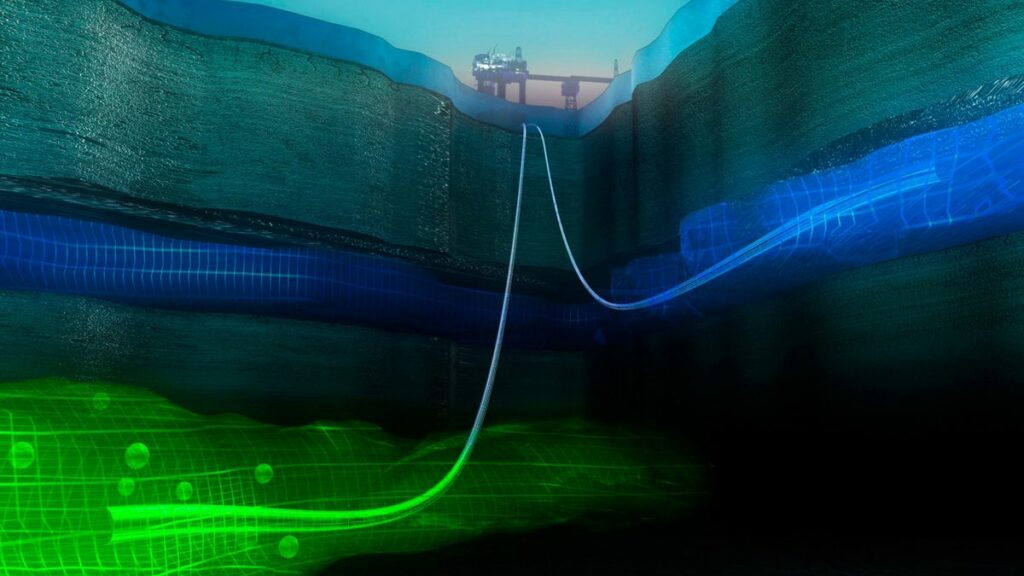