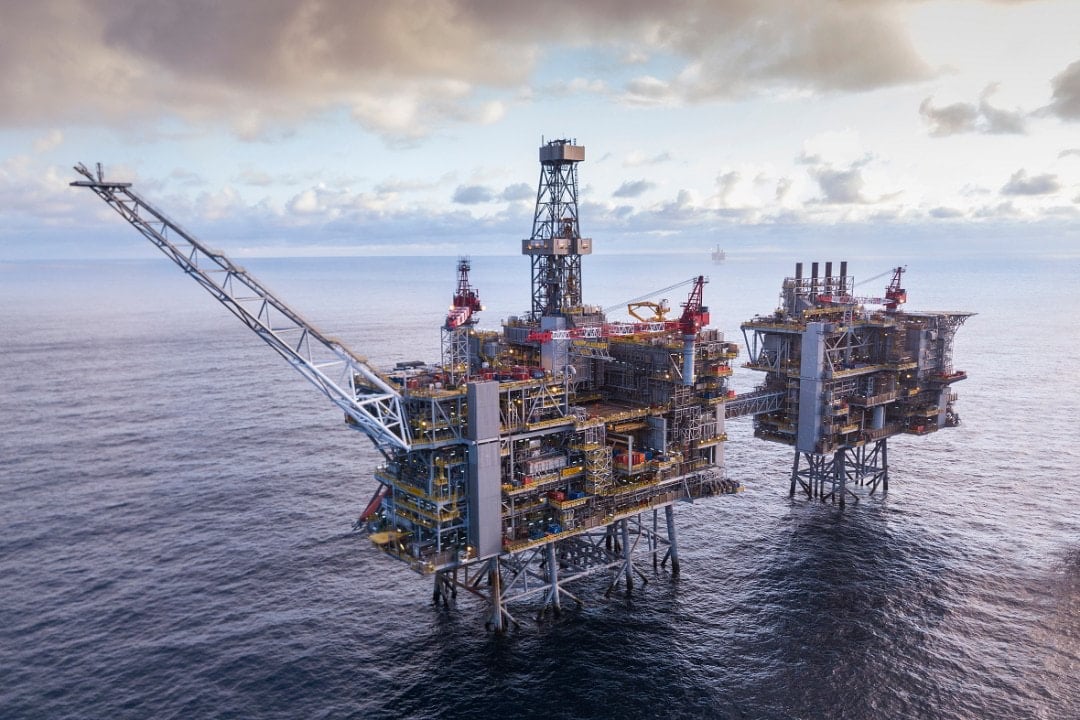 In pursuit of accelerating the transition to clean energy, the Scottish government has released a draft energy strategy, which aims to shape the country’s next 25 years of energy production. This includes the possibility of reducing oil and gas production and putting an end to new oil and gas exploration in the North Sea.

Prior to the publication of this new strategy for the energy sector, Scotland’s First Minister highlighted that there is a clear imperative to accelerate the clean energy transition and reduce Scotland’s dependence on oil and gas. The draft Energy Strategy and Just Transition Plan, which was published for consultation on Tuesday, 10 January 2023, sets out the Scottish government’s policies on domestic production of energy, alongside a plan to “reduce demand and build a resilient and secure future net-zero energy system.”

Nicola Sturgeon, Scotland’s First Minister, remarked: “The imperative is clear. In this decade we must set Scotland on the path to an energy system that meets the challenge of becoming a net-zero nation by 2045, that supplies safe, secure and affordable energy for all and that generates economic opportunity through a just transition. The current energy crisis has demonstrated how vulnerable our energy system is to international price shocks, while laying bare the need for structural reform to ensure affordability for consumers.

“This strategy will shape the next 25 years of energy production in Scotland. It provides an independent assessment of the future of the North Sea and shows that as we reduce Scotland’s dependence on oil and gas – as both generators and consumers – there is a huge environmental and economic opportunity to be seized.”

As the energy sector grows and changes, the first Just Transition Plan provides a route map of actions, with a particular focus out to 2030 for the Scottish and UK governments and is “central to meeting Scotland’s climate change targets, as well as boosting jobs and improving wellbeing.” This energy strategy and transition plan will be open for consultation until Tuesday, 4 April 2023.

“Scotland is already at the forefront of the clean energy transition and our green jobs revolution is underway. By continuing to make the most of our vast renewable energy resource, we can deliver a net-zero energy system that also delivers a net gain in jobs within Scotland’s energy production sector,” added Sturgeon.

The route map to secure Scotland’s “fastest possible fair and just transition away from fossil fuels” presents a plan for Scotland’s renewables revolution to be accelerated as North Sea basin resources decline. The country’s government claims that this would result in a net jobs gain across the energy production sector, with the potential to increase renewable energy exports and reduce exposure to future global energy market fluctuations.

Michel Matheson, Net Zero & Energy Secretary, commented: “Scotland is an energy rich nation, with significant renewable energy resource, a highly-skilled workforce and innovative businesses across a globally renowned supply chain. The renewables revolution is global, as all countries seek to address concerns about climate change, and Scotland is at the forefront of this transition.

“At a time of unprecedented uncertainty in our energy sector, accelerating the transition towards becoming a renewables powerhouse makes sense for a number of reasons – particularly to helping to mitigate against future global market volatility and the high energy prices which are making life so difficult for so many people across Scotland. For example, onshore wind is one of the most affordable forms of energy.”

In with renewables, out with oil & gas

The key policy proposals within this energy strategy entail substantially increasing the current level of 13.4 gigawatts (GW) of renewable electricity generation capacity, with an additional 20 GW by 2030, which could produce the equivalent of nearly 50 per cent of current demand; an ambition for 5 GW of renewable and low-carbon hydrogen power by 2030, and 25 GW by 2045.

This strategy also encourages increasing contributions of onshore/offshore wind, solar, hydropower and marine energy to the energy mix along with the generation of surplus electricity enabling the export of electricity and renewable hydrogen to support decarbonisation across Europe.

In addition, this draft energy strategy calls for setting out final policy positions on fossil fuel energy, including consulting on a presumption against new exploration for North Sea oil and gas; accelerated decarbonisation of domestic industry, transport and heat in buildings; increasing access to affordable energy by urging the UK government to take “stronger, more targeted action” for fair energy market reform; and maximising household, business and community benefit from energy projects, including through shared ownership of renewables.

Richard Lochhead, Just Transition Minister, said: “The oil and gas industry has made a vast contribution to Scotland’s economy and its workers are some of the most highly skilled in the world. But Scotland’s oil and gas basin is now a mature resource. A just transition to a net-zero energy system will secure alternative employment and economic opportunities for those already working in the industry and will provide new green jobs in Scotland for future generations.

Embracing this change will ensure we avoid repeating the damage done by the deindustrialisation of central belt communities in the 1980s. There is a bright future for a revitalised North Sea energy sector focused on renewables.”

The Scottish government further underlined that analysis shows the number of low-carbon production jobs is estimated to rise from 19,000 in 2019 to 77,000 by 2050 as the result of a just energy transition, meaning there will be more jobs in energy production in 2050 than there are now.

“This strategy sets out how we can achieve an energy transition that ensures we have sufficient, secure and affordable energy to meet our needs, support Scotland’s economic growth and capitalise on future sustainable export opportunities,” added Matheson.

In a separate statement, Offshore Energies UK (OEUK) issued a response to the Scottish government’s publication of its draft energy strategy, in which Jenny Stanning, OEUK’s external relations director, stated: “We strongly support the strategy’s commitment to develop a Scottish hydrogen economy, including the exciting ACORN project in the northeast. ACORN would be the core of both Scotland’s hydrogen production industry and the development of its CO2 capture and storage technologies.

“However, we are concerned at the statement’s suggestion of accelerating the decline in oil and gas production. Scotland gets 79 per cent of its total energy from oil and gas according to its latest official figures. Across the UK about 24 million homes (85 per cent of the total) rely on gas boilers for heat and we get 42 per cent of our electricity from gas. We also have 32 million vehicles running on petrol and diesel.”

Stanning further underscored that “the plain facts mean we will need gas and oil for years to come.  Additionally, in Scotland alone, the offshore industry supports 90,000 jobs. Across the UK, it’s around 200,000. So we need to ensure that the final strategy acknowledges the continuing role of oil and gas in Scotland’s economy – as well as our sector’s role in a rapid transition to a low-carbon future.” 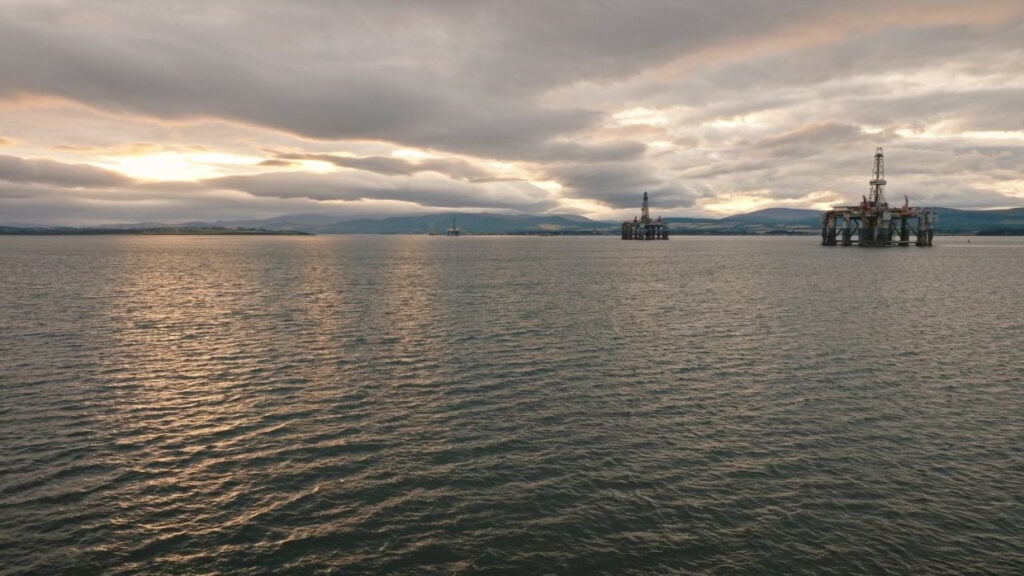 WATCH: New documentary shines a light on workers behind winds of change in UK’s offshore energy industry
Posted: 15 days ago
Premium
Will energy infrastructure emerge as an ace up Europe’s decarbonisation sleeve?
Posted: 20 days ago
Premium
‘Performing while transforming’ pays off for BP as it joins other oil majors in profit bonanza
Posted: 22 hours ago