The new analysis claims that for every 10 per cent of bio-LNG dropped in and blended with LNG as a marine fuel, a vessel can achieve two more years’ compliance with the Annual Efficiency Ratio (AER) curve used to secure preferable funding under the Poseidon Principles (a framework for assessing and disclosing the climate alignment of ship finance portfolios).

The analysis compares LNG and bio-LNG from a zero-carbon, sustainable source with conventional vessel fuels. Bio-LNG is fully compatible with existing LNG infrastructure and technologies and is recognised as a sustainable fuel that can be ‘dropped in’ and blended with LNG. Because of that, it represents one of the most viable pathways to decarbonisation currently available to owners, according to SEA-LNG.

LNG fuel provides greenhouse gas reductions of up to 21 per cent well-to-wake and up to 28 per cent tank-to-wake. This means that LNG vessels perform well according to Poseidon Principles’ funding criteria.

The Poseidon Principles measure progress towards these objectives using an Annual Efficiency Ratio scoring. This measure is intended to align with the goals of reducing the total annual GHG emissions by at least 50 per cent by 2050.

SEA-LNG investment committee chairman John Hatley said: “As banks increasingly align with green finance principles, LNG offers benefits for emissions reduction and provides an ‘extended compliance runway’ for Poseidon Principle sustainability linked loans. An investor preserves more favourable financing terms compared to conventional marine fuels such as HSFO, VLSFO, and MGO. The use of bio-LNG as a drop-in fuel may extend this runway even further- an additional two years for every 10 per cent dropped-in. This means lower ship emissions now and a compliance extension that yields long term competitive advantage.”

Chairman of SEA-LNG Peter Keller added: “The Industry must act now using LNG and bio-LNG that we know provide benefits today and into the future. With the introduction of bio and synthetic variants, LNG not only provides a pathway to decarbonisation in its own right, but also provides the physical infrastructure and asset base that can be used by other alternative fuels, when and if they become commercially viable.”

Bio-LNG has additional advantages when it is produced from domestic and agricultural waste. The process can capture methane that would otherwise be vented into the atmosphere, resulting in a fuel that is not just zero GHG emissions but has the potential for negative emissions. This is significant in for discussion of alternative fuels, SEA-LNG noted. 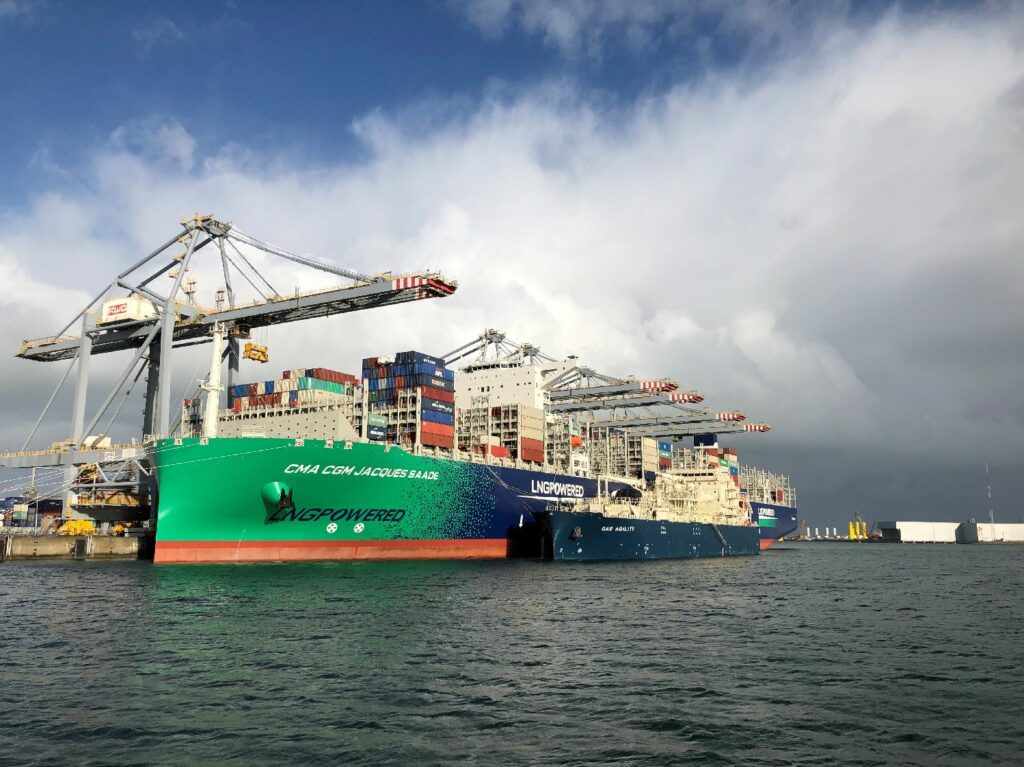 Dutch project for producing bio-LNG gets funds from EU
Posted: 6 days ago
Premium
LNG infrastructure, availability, and accessibility: How Titan LNG is supporting demand?
Posted: 3 days ago
CMA CGM, Elengy & others to study production of BioLNG
Posted: about 1 month ago