Fugro’s vessels Brasilis and Enterprise are set to mobilise for geophysical surveys at New Jersey’s Atlantic Shores offshore wind site on 1 May.

The vessels will carry out surveys within the Atlantic Shores lease area and along potential export cable routes, according to the developer’s Notice to Mariners.

Fugro secured a contract for geophysical surveys at the Atlantic Shores site in February.

The lease area, for which a joint venture of EDF Renewables North America and Shell New Energies hold development rights, spans across 183,000 hectares and has the potential to generate 2.5 GW of wind energy.

Along with the upcoming operations to be carried out by Fugro, the site will see further surveys throughout the summer.

The Zephyr Westerly vessel is expected to mobilise for nearshore surveys off Atlantic City and Manasquan on 24 June. A few days later, the Tidewater Royal should begin with vibracore activities along the proposed export cable routes.

Furthermore, the Geoquip Saentis is scheduled to start drilling 15 boreholes within the lease area mid-July.

The Atlantic Shores site covers an area some 14 to 32 kilometres off the New Jersey coast, between Barnegat Light and Atlantic City. The water depths at the site range from 18 to 30 metres. 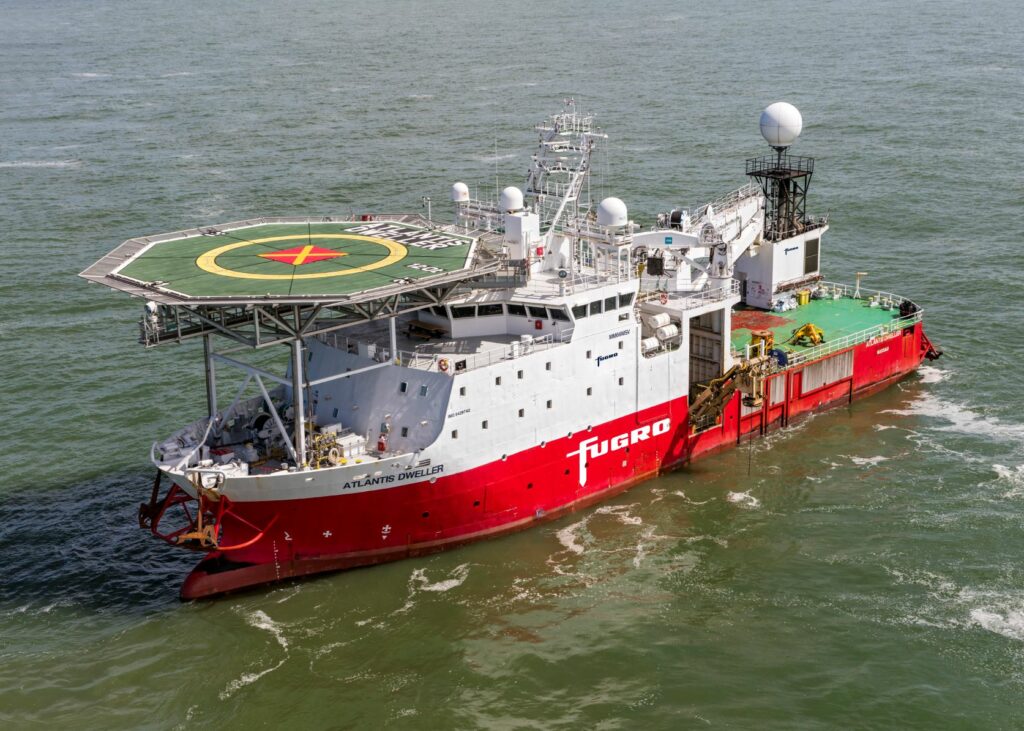