The first jacket foundation is now in place at the Moray East offshore wind farm in Scotland. DEME Offshore, in charge of the installation works, is currently using the Seajacks Scylla jack-up vessel to install the jackets.

The 950 MW offshore wind project will comprise 100 MHI Vestas 9.5 MW wind turbines and three offshore substations, all of which will be installed on jacket foundations.

“Despite the ongoing challenges of the Coronavirus pandemic and a last-minute crane failure prior to the delivery of DEME’s newbuild offshore installation vessel ‘Orion’, DEME Offshore has achieved the installation of the first jacket in good time and got this phase of the project off to a strong start”, DEME Offshore stated in a press release on 6 July.

A few days after the accident, DEME revealed it was looking for another vessel to fulfill its contract for the Moray East project.

The first of the three OTM topsides is now also on the way to be installed.

The Moray East offshore wind farm, developed by ENGIE and EDP Renewables, is scheduled to be fully operational in 2022. 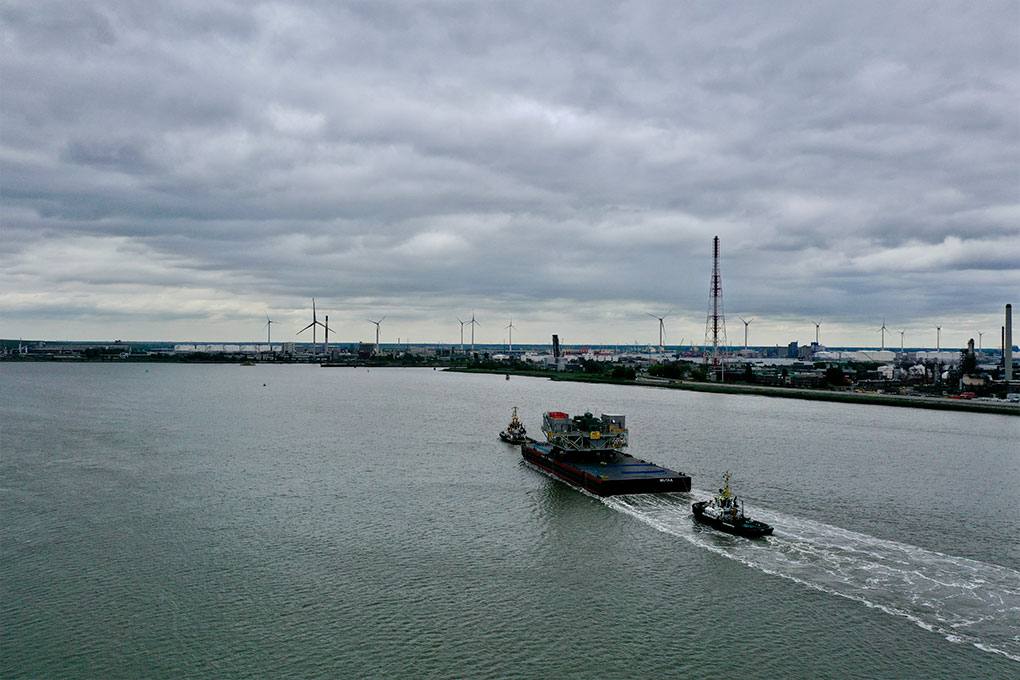