Back to overview
Home Wind Farms SeaMade in full array

The wind turbine installation at the SeaMade offshore wind farm was completed on 30 November, with the 58th and final unit erected at the project site located 50 kilometres off the Belgian coast in the North Sea.

DEME, the EPCI contractor for the project, started installing the foundations in September 2019, using its jack-up vessel Innovation, and completed the work in January. In mid-June, Apollo installed the first of the 58 Siemens Gamesa 8.4 MW wind turbines and the following month SeaMade produced first power.

“Completing this large-scale project in such a short timeframe could only be achieved because of the integrated Balance of Plant approach and through extensive cooperation with our client, as well as the relentless efforts and determination of all the teams involved”, said Bart De Poorter, General Manager DEME Offshore.

“This was also the first turbine installation project for ‘Apollo’. The crew has put in an excellent performance, particularly given the extra coronavirus restrictions they faced”.

The installation of the project’s two substations on top of the previously installed foundations took place in March. For this work, the company deployed the heavy lift vessel Gulliver operated by its subsidiary Scaldis.

DEME completed the export cable works in December 2019. The inter-array works started in mid-April and were completed by the end of May. For both operations, the company deployed its cable installation vessel Living Stone.

“All parties were well determined to deliver the project before year-end 2020, as instigated by the Belgian government. Mission accomplished. Through many contributions of contractors and team members, even COVID-19 could not stop or delay our project, which remains quite remarkable! Sincere thanks to the whole Otary team and all parties involved for achieving this impressive milestone”, said Mathias Verkest, CEO SeaMade and Otary.

The 487 MW Seagreen offshore wind farm, which comprises the 252 MW Seastar and the 235 MW Mermaid projects, is expected to be fully commissioned by the end of this month. 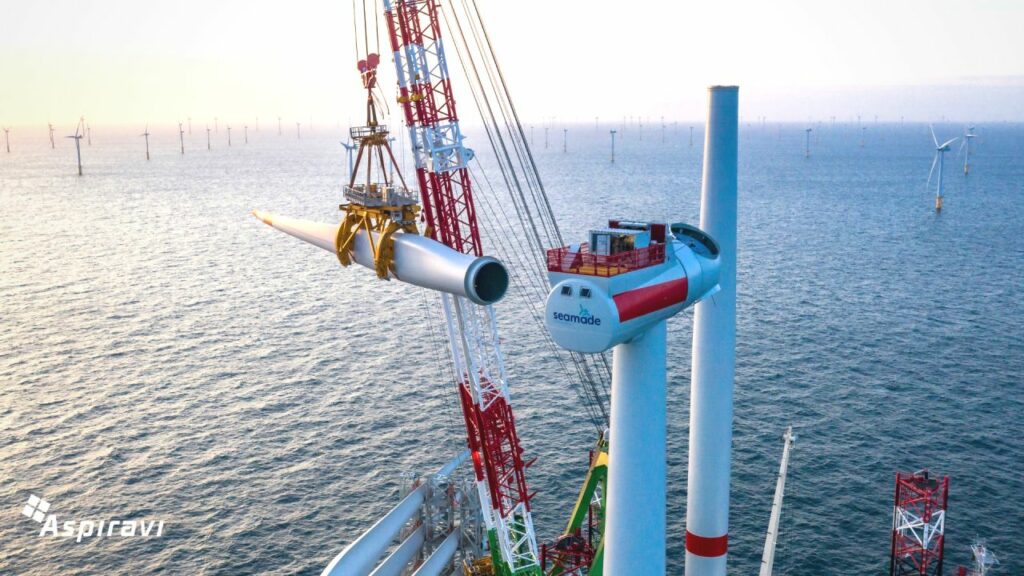