A search has been launched for a 47-year-old seafarer missing from the Panamanian-flagged bulk carrier Rising Wind, 174 miles northwest of Chuuk, the Federated States of Micronesia (FSM).

The search is being conducted by the US Coast, Air Force, and regional partners.

“In cases such as this one, we often rely on our partners in the region to coordinate effective searches and cover vast areas,” Petty Officer 1st Class Colby Anderson, a Joint Rescue Sub-Center Guam watchstander, said.

“The Air Force is augmenting our air asset with another aircraft to cover more search area faster than we can do alone.”

JRSC Guam watchstanders are coordinating with local partners and also reaching out to good Samaritans in the region to assist.

On Tuesday afternoon, a report was received from the first mate of the Panamax bulk carrier Rising Wind saying the vessel’s master was missing. The master was last seen in his cabin, feeling ill.

Upon realizing the master was missing, the Rising Wind’s crew turned the vessel around and began retracing their course.

JRSC Guam watchstanders diverted the Air Station Barbers Point Hercules aircrew from a maritime domain awareness flight nearby and reached out to the Air Force 36th Wing for assistance.

The Air Force agreed to assist and deployed the Super Hercules aircrew from Anderson Air Force Base, Guam, to support in the search. JRSC Guam watchstanders are also assessing the availability of any Automated Mutual Assistance Vessel Rescue System (AMVER) ships in the region to assist.

The 97,294 cbm Rising Wind, operated by Japanese company NS United Kaiun Kaisha, was en-route from Japan to Australia at the time of the incident. 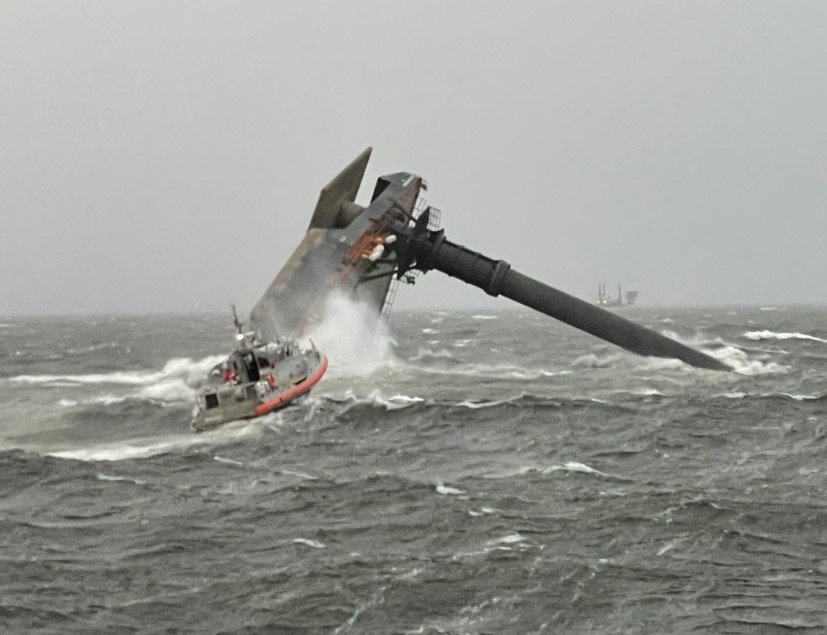