The recently announced Selkie project aiming to boost the marine energy industry in Wales and Ireland has been launched by Lesley Griffiths AM, the Welsh Minister for Environment, Energy and Rural Affairs at this year’s Ocean Energy Europe conference in Dublin.

The project will see the development of a streamlined commercialisation pathway for the marine energy industry by establishing a cross-border network of developers and supply chain companies in Ireland and Wales. Multi-use technology tools and models will be created and trialled on pilot projects before being shared across the sector.

The aim is to utilise the expertise from academics and industry across both nations to address the challenges facing the industry.

Minister for Environment, Energy and Rural Affairs in Wales, Lesley Griffiths AM, said:

“Wales has enormous potential to deliver sustainable marine energy thanks to the natural resources we are blessed with. Establishing a cross-border network of developers and supply chain companies in Ireland will further strengthen this industry and allow us to be at the forefront of utilising green energy.

“This project will only strengthen the industry’s ability to push down costs and make it competitive, as well as providing the evidence required by UK Government that the industry is ready for full commercialisation.”

“Ireland’s Climate Action Plan published earlier this year sets out the necessary policy measures to ensure Ireland meets it’s 2030 targets, putting us on a clear pathway to achieving net zero emissions by 2050. Cutting our reliance on fossil fuel and transitioning to renewable energy is a key part of the Plan. By 2030, 70% of Ireland’s electricity will be generated from renewable sources.

Both Ireland and Wales have large wave and tidal resources, which have the potential to contribute significantly to this transition. I am pleased to support the Selkie Project under the Ireland-Wales cross-border programme with the ultimate aim of facilitating Irish and Welsh SMEs within the sector to progress along the pathway to commercialisation.” 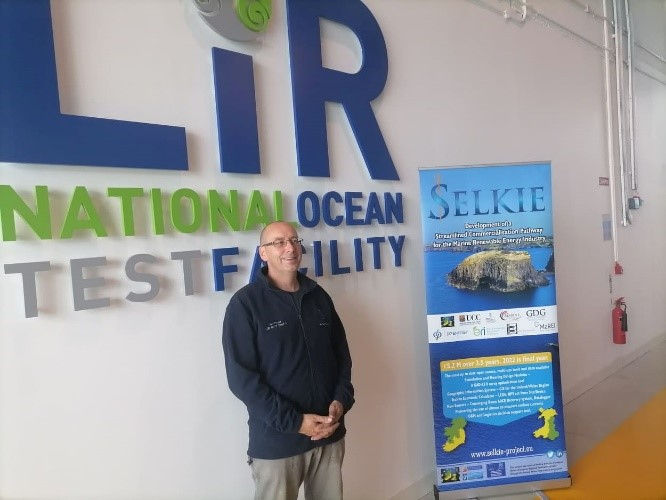