U.S. Senator Rob Portman, who serves as co-chair of the Senate Great Lakes Task Force, yesterday met with the USACE Lieutenant Colonel Adam Czekanski, 73rd commander of the Buffalo District, to discuss continued efforts to dredge the Port of Cleveland.

“We’ve made good progress in our efforts to protect Lake Erie over the past several years, but there is much more work to be done. A key component of that effort is to ensure that the Army Corps of Engineers dredges the Port of Cleveland and disposes of the dredged material in a responsible way,” said Senator Portman after the meeting.

“I told Lieutenant Colonel Czekanski that while I’m pleased they began the dredging last fall they must continue to ensure that the harbor is dredged as necessary for safe and efficient ship passage.

“I also made clear that the Corps’ must continue to cooperate with the Permanent Subcommittee on Investigations regarding the current investigation, including a review of the Corps’ responses to my requests for documents and information.

“Our investigation into reports that the Corps cut its own budget as an excuse to dump contaminated sediment from the Port of Cleveland into Lake Erie is ongoing, and we will continue to review the Corps’ actions in this matter.”

Additionally, Senator Portman has worked with U.S. Senator Sherrod Brown and Rep. Bob Latta to push the U.S. Army Corps of Engineers to complete a flood risk management plan to prevent flooding from the Blanchard River. 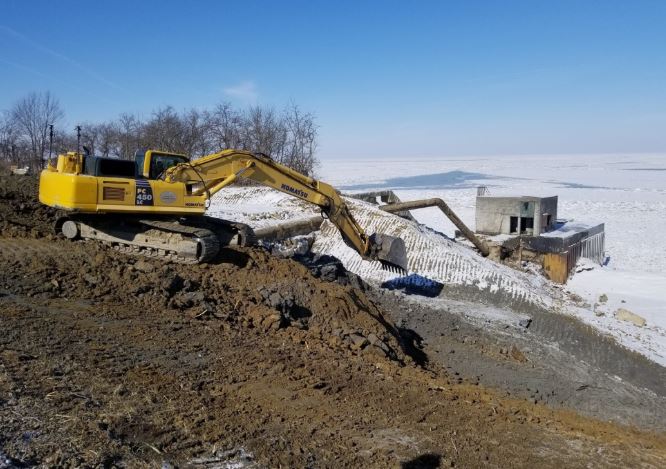