Due to its liquidity position and funding requirements, the UAE-based offshore contractor, Lamprell, has held talks with its shareholders to find a solution to these concerns. In line with this, the firm’s second-largest shareholder, Blofeld Investment Management, made a non-binding offer for the entire share capital, thus, Lamprell intends to continue its discussions with this shareholder with the view of ironing out an updated offer.

Lamprell revealed on Monday that it is “urgently pursuing” options available to deliver a funding solution that will resolve its “immediate and severe liquidity concerns.” To this end, the company has been engaged in discussions over the last three months with its two largest shareholders – Lamprell Holdings and Blofeld, who in aggregate own approximately 53.98 per cent of ordinary shares – to receive support for a potential equity fundraising of up to $150 million and/or some form of interim financing arrangement.

After consulting with other top institutional shareholders to gauge their support for an equity raise, the company has not been able to reach an agreement. In lieu of this, Blofeld has sought an alternative solution to take the company private by making an offer for the entire share capital.

However, during the course of negotiations, Lamprell says it became apparent that a disposal under the proposed terms would be “highly problematic to execute,” ultimately leaving the firm without a viable business going forward. Furthermore, the company’s board believes the proposal “significantly undervalued” the assets of the business. Therefore, Lamprell confirmed that these discussions have been terminated.

In a separate statement on Friday, Lamprell disclosed that it has received a non-binding indicative cash offer from Blofeld, a shareholder with a 25.06 per cent stake, for the acquisition of the entire issued and to be issued share capital of the company.

The firm pointed out that it is considering this offer in light of its liquidity position and funding requirements of $75 million over the next two months. Although, Lamprell outlined that Blofeld’s proposal is at “a very significant discount” to the prevailing share price, adding that “any acceptable offer would need to include an interim funding solution or bridge financing.”

Lamprell claims that even though it has been in discussions with this shareholder for more than two months, no agreement on the price or conditions of this offer – in relation to the interim funding solution or bridge financing – has been reached so far.

The UAE-headquartered firm explained that it will continue to work with this shareholder to “try to reach a workable solution by way of an updated offer, which also provides a solution to the immediate liquidity needs” of the company.

Lamprell further elaborated that “there can be no certainty that any offer for the company will be forthcoming nor as to the terms of any such offer, nor any certainty as to agreement on the interim financing solution with Blofeld, particularly in the time available.”

Furthermore, Blofeld will have to either announce a firm intention to make an offer for Lamprell or announce that it does not intend to make an offer by 22 July 2022. The UAE offshore contractor also added that it is seeking “third-party buyers for the group and its assets.”

Meanwhile, Lamprell claims that its current performance continues to be affected by the delivery of legacy, low margin projects and insufficient revenue levels as it emerges from a prolonged period of low market activity due to the low energy prices and more latterly, the impact of Covid-19.

As a result of the recent reservation agreement and anticipated contract awards, Lamprell expects 2022 revenue to be in the range of $400-500 million, with $340 million secured for 2022.

When it comes to Lamprell’s recent projects, it is worth noting that the company completed the load-out and float-off of the first jack-up drilling unit being constructed for IMI last month. 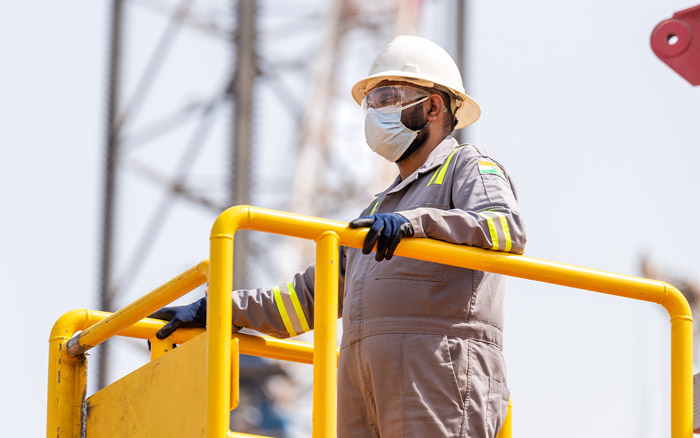