Philly Shipyard, Inc. has won a contract from Great Lakes Dredge & Dock Company to construct one Jones Act-compliant subsea rock installation vessel – the first such ship to enter the US market.

Great Lakes retains a right of first refusal on a second ship, the Philadelphia-based shipbuilder said.

”Over the past several years, we have made a conscious effort to pivot toward a more diversified order backlog in an attempt to grow the Company’s profitability,” said Steinar Nerbovik, President and CEO, Philly Shipyard.

”Philly Shipyard has a long-standing position as the leading U.S. commercial shipyard for tankers and container ships, and we are making inroads into government projects – both new builds and repairs. This win now carves a path into the expanding offshore wind market. This contract is proof that we are executing on our vision and diversifying our market opportunities.”

The basic design is by Ulstein, a Norwegian/Dutch designer of offshore wind vessels. The subsea rock installation vessel is designed to carry up to 20,000 MT of rock and shall transport and strategically deposit these rocks to the ocean bottom, laying a foundation for the monopiles which serve as the prevailing support structure for offshore wind turbines.

The owner will supply the rock placement system and other mission equipment.

”Philly Shipyard is proud to contribute to the delivery of a vessel which will be essential in achieving the nation’s ambitious offshore wind targets. It is monumental for our shipyard to win this contract for Great Lakes,” said Thomas Grunwald, Vice President and lead manager of U.S. offshore wind strategy and business development at Philly Shipyard.

In March, the US announced a national target of 30 GW of installed offshore wind capacity by 2030. The target is a centerpiece of a newly introduced plan by the Biden Administration to jumpstart offshore wind energy and create tens of thousands of jobs in the sector over the next decade.

To achieve the goal, the Department of Interior’s (DOE) Bureau of Ocean Energy Management (BOEM) plans to advance new lease sales and complete reviews of at least 16 offshore wind Construction and Operations Plans (COPs) by 2025.

The Jones Act is a century-old federal law requiring goods shipped between US ports to be transported on ships that are built in the US, mostly owned by US entities, and operated by US citizens or permanent residents. 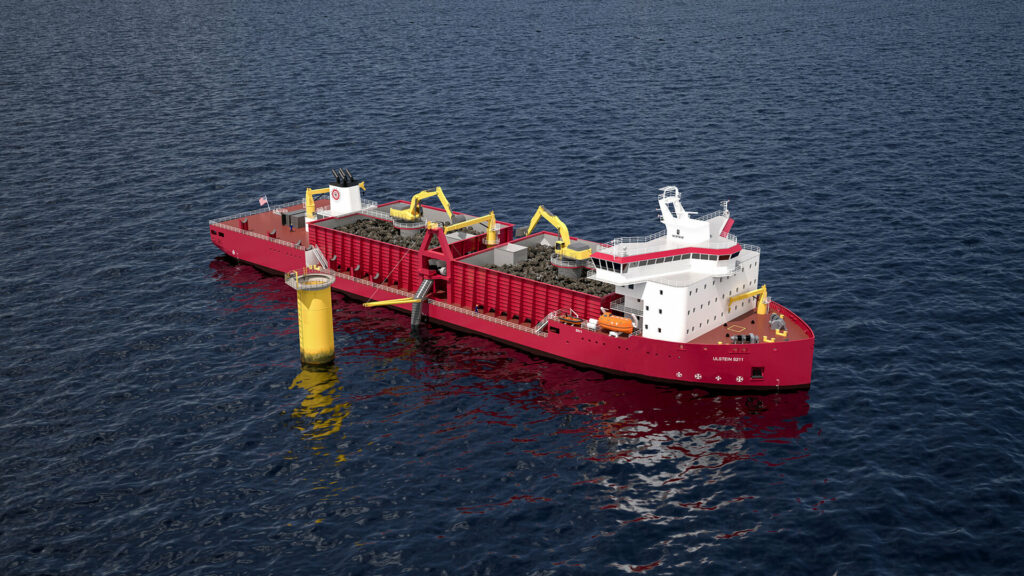