American Shipping revealed on Thursday that it has purchased the OCV Normand Maximus from Maximus Limited, a company controlled by its secured lenders, for about $157 million. The delivery of the vessel is expected to take place in the fourth quarter of 2022 after the vessel completes its current contract, which was announced in February 2022.

Pål Lothe Magnussen, AMSC CEO, remarked: “We are excited about this value-accretive acquisition as it creates significant growth in cash flows and leads to a substantial increase in annual EBITDA. It also diversifies AMSC’s leasing portfolio and adds additional stable and predictable returns to our shareholders.

“The transaction is accretive on all key financial metrics and is projected to produce more than 20 per cent annual return on equity with strong running dividend yield. The offshore services market is in recovery and is currently experiencing increased activity and positive outlook. We believe the timing of the transaction is favourable and the risk/reward attractive.”

According to AMSC, this purchase will be financed through 70 per cent debt and a combination of cash on hand and new equity for the remaining amount. The firm has already received indicative debt financing terms and has strong support from key stakeholders to finance this transaction.

In conjunction with this deal, AMSC has entered into a term sheet for a long-term bareboat charter with Solstad’s subsidiary and Magnussen added that the company is looking forward to “working together with Solstad as a long-term tonnage provider going forward.”

In a separate statement, Solstad, as the present operator of the OCV Normand Maximus, confirmed the amended bareboat charter with AMSC’s subsidiary. The company further advised that this deal has a duration of five years from the date the vessel is delivered to AMSC. This contract also includes five extension options with a duration of five years for each one. In addition, the bareboat charter includes purchase options for the Solstad group after five and ten years.

Lars Peder Solstad, CEO of Solstad, commented: “We are very pleased that we have been able to secure the continued availability of Normand Maximus to our customers. Normand Maximus is one of the most sophisticated vessels within this segment and a vital part of the Solstad offering to our clients.”

Following the termination, the vessel has been traded worldwide on short- to medium-term contracts with multiple clients and has during this period received waivers from Maximus Limited for parts of its lease obligations pending discussions on a longer-term solution for the financing of the OCV Normand Maximus.

This residual claim is in the amount of approximately $158 million and under the current bareboat agreement, this claim falls due on 31 March 2024, corresponding to the maturity date of Solstad’s senior secured facilities agreements.

The 2016-built Normand Maximus is a heavy-duty subsea construction vessel with a 2600 m² working deck, accommodation capacity for 180 people, and a carousel for flexible products with about 4000t capacity. 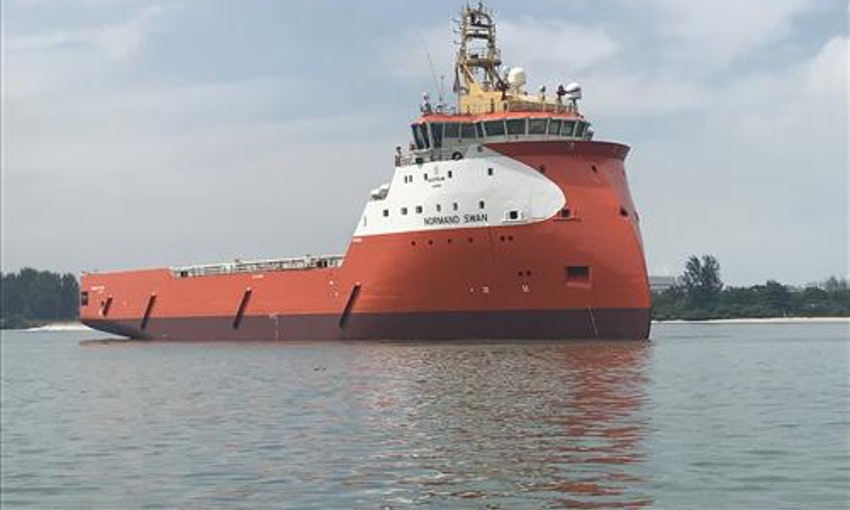