The installation took place at the LNG storage facility owned by Depositi Italiani GNL. The PIR group (Petrolifera Italo Rumena), Edison, and Enagás (through its subsidiary Scale Gas) jointly own the said company.

The storage facility consists of two atmospheric storage tanks for LNG. Edison transports the LNG to Ravenna by means of LNG carriers. Then, it transfers and stores it in the tanks at the depot and make it available for bunkering.

The storage facility has a capacity of 20,000 cubic metres. It has the potential of annual handling more than one million cubic meters of LNG.

By using methane as a fuel, emissions of sulfur oxides and particulate matter go down to zero. Also, it reduces arbon dioxide emissions by 20 per cent compared to traditional fuels.

In this context, SIAD MI is involved in the compression and re-liquefaction of the BOG. Liquid methane, in fact, during the various transfer operations (from the LNG tanker and during distribution), partly vaporizes and passes from the liquid state to the gaseous state, namely the BOG. BOG is first compressed and then re-liquefied in order to be reintroduced into the storage tanks.

The re-liquefaction plant will enable it to treat 1,100 kilograms per hour of methane, for a total of about 26 tonnes per day of recondensed gas, thus making it possible to exploit LNG supplies with considerable savings in the long term. Additionally, the green footprint that characterises the plant is particularly significant; as a result of the use of methane, there will be an overall saving of six million tonnes of CO2 compared to the use of other fuels.

SIAD MI also designed and supplied four BOG compressors, which are oil-free and with ATEX certification for installation in potentially explosive atmospheres. Of these four compressors, two will work at the service of the plant for the re-liquefaction of the evaporated gas. The other two will help manage the gas boil-off during LNG transfer operations from the LNG carrier to the storage facility.

SIAD MI began the plant design and construction work in August 2019, and completed it in 11 months.

Starting in August 2021, an LNG carrier has fuelled the plant with LNG, which has enabled the tuning activities. The Ravenna LNG plant entered into operation in October. 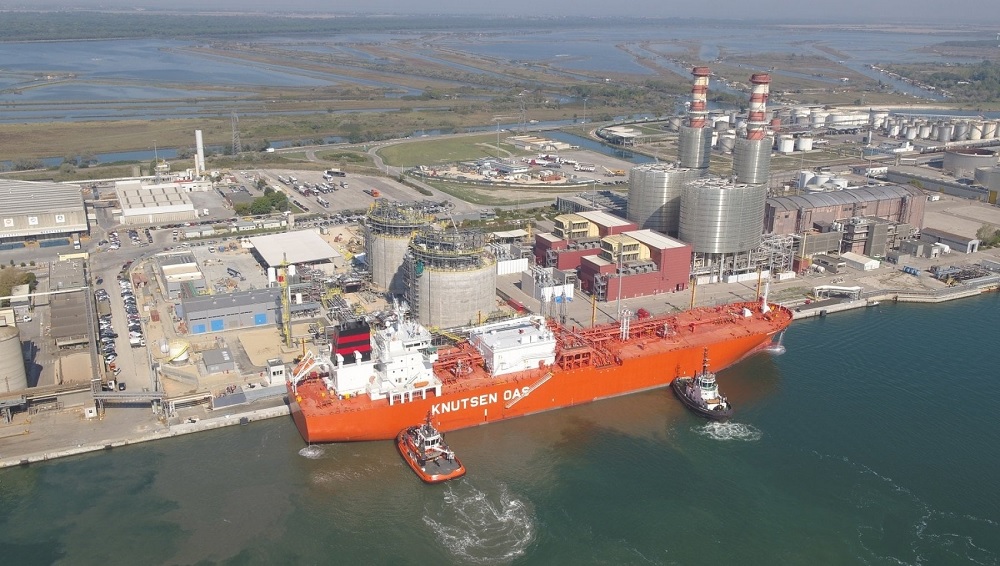