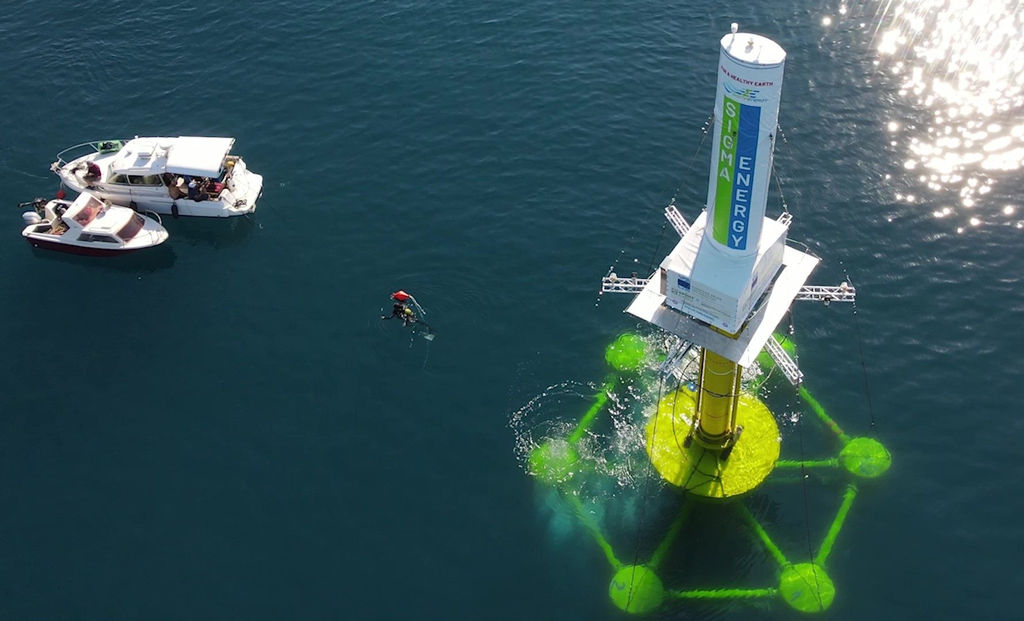 After two and a half years of intensive development, Sigma Energy deployed its full-scale 30kW wave energy device at its site in the Adriatic Sea.

Over the years, Sigma Energy has been developing a novel type of wave energy converter, dubbed Sigma WEC, which is a point absorber type of a wave power plant that transforms the wave-induced vertical motion of the circular floating buoy into the electric energy.

Sigma Energy has also developed and implemented its proprietary mechanical power take-off (PTO) system, with inertial unidirectional clutches, which are said to be able to smooth the rotation of the generator and increase its efficiency.

The device also features proprietary circular float design with an open bottom and system of unidirectional valves, which captures pre-calculated mass of water, which keeps the float properly weighted and reduces the bottom slamming loads in case of extreme waves, the company claims.

The full-scale deployment follows the testing of the scale model off Montenegro, which Sigma Energy deployed late in 2017.

During those trials, the scaled device supplied clean energy to Montenegrin power grid for six months, while withstanding extreme weather conditions in the area.

The full-scale demonstration has been co-financed by the Republic of Slovenia and the European Union from the European Regional Development Fund.