The ship claimed to be Singapore’s first LNG bunkering vessel was moved from land to water on 28 May.

According to FueLNG, the construction of the 7,500-cbm LNG bunkering vessel is “progressing smoothly” and is on schedule to be completed in the fourth quarter of this year.

The bunkering vessel will enable the company to be the first in Singapore to provide regular ship-to-ship LNG bunkering services within the Singapore port.

It supports initiatives implemented by the Maritime and Port Authority of Singapore to increase the adoption of LNG as a marine fuel in an attempt to position Singapore as a global LNG bunkering hub.

The vessel, which will be able to run both on LNG and marine diesel oil, will be managed by Japan’s K-Line as part of a deal signed last year.

It is being built according to an LNG design developed by Keppel O&M’s technology arm, Keppel Marine and Deepwater Technology.

Key features of the vessel include high manoeuvrability which enables bunkering without tug assistance, compatibility with a wide range of vessels, as well as propulsion and power management systems that optimise fuel consumption.

The vessel has a filling rate range of up to 1000 cbm of LNG per hour and is able to supply chilled fuel to various types of vessels at heights ranging from 3 meters to 23 meters above water level. 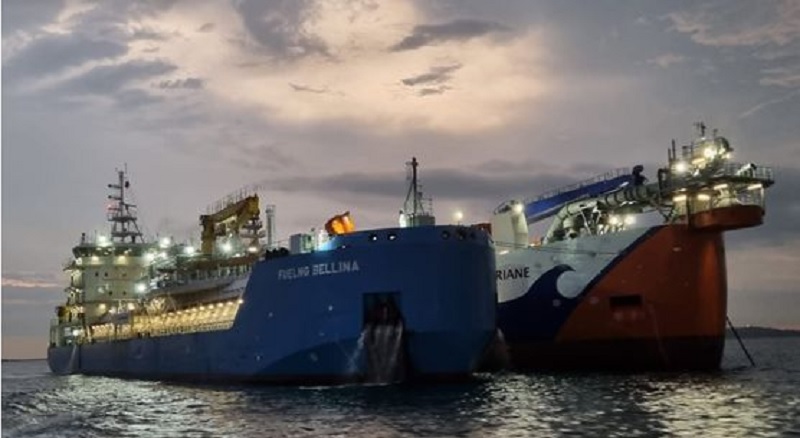