Lerwick Harbour has again demonstrated its deep-water capacity and capabilities, this time by simultaneously accommodating two giant support vessels and the successful offloading of a 10,000 tonne subsea oil storage tank, destined for west of the Shetland Islands.

The sheltered port’s facilities and proximity to the Solan Field, being developed by Premier Oil 90 kilometres into the Atlantic, meant is was perfectly placed for final preparation of the tank ahead of installation.

The tank was delivered to the port on 26 July from the construction yard in Dubai by Cosco (Chinese Ocean Shipping) Heavy Lift’s transport vessel, Xiang Yun Kou.

One of the largest float-on/float-off vessels in the world, her displacement of 47,285 tonnes made the Xiang Yun Kou the biggest displacement tonnage ship to berth alongside at Lerwick, although not an alongside record-breaker for length and gross tonnage.

The port was also used by Heerema’s semi-submersible crane vessel (SSCV), Thialf, which spent 1.5 days mobilising before heading for Solan on 31 July, arriving next day to await the tank for installation. It was a return visit for the world’s largest SSCV at 136,709 gross tonnes and 202 metres in length by 88 metres wide. Thialf has visited Lerwick previously, most recently last year.

Key stages during the tank’s time in Lerwick included:

With more than nine metres’ water depth, the quay at Holmsgarth met requirements for berthing the 216.7 x 43.1 metre Xiang Yun Kou, initially starboard side-on before being turned to port-side alongside to give access to shore-based cranes and allow work, including removal of sea fastenings. Local contractors, including Ocean Kinetics and Peterson, assisted Aker, Premier’s main contractor.

On 31 July, Xiang Yun Kou moved to the Brei Wick area of the harbour to ballast down overnight in a successful operation requiring 30 metres of water to partially submerge the vessel. The float-off early the next day involved a number of tugs, including Lerwick Port Authority’s vessels, Knab and Kebister.
Once afloat, the tank was returned to Holmsgarth quay for transfer to the ocean-going tugs to take it offshore in the first weather window.

The ocean-going tugs left port on 3 August with the 300,000 barrel storage capacity tank for a two-day tow to Solan where it has been successfully installed in 130 metres of water.

Lerwick Port Authority Harbour Master, Captain Calum Grains, said: “The successful handling of the Solan tank is another example of Lerwick’s ability to provide sites and support for major offshore projects. To accommodate two vessels the size of Xiang Yun Kou and Thialf simultaneously while servicing other oil and gas projects, cruise ships and daily operations is a clear demonstration of Lerwick’s scope.

“Our investment in facilities, including a major dredging project a few years ago, is paying off for the oil industry, the port and Shetland. We continue to develop resources, with plans including further deep-water facilities.”

The £12 million dredging project, completed in 2008, deepened and widened access, deepened berths and reclaimed land now well under development. The port’s near 4,000 metres of quays, including over 1,300 metres of deep-water berthing, are backed by around 130,000 square metres of laydown. Locations suitable for off-loading operations extend to more than 50 metres water depth.

Lerwick’s continuing support for the Solan project includes Bibby Offshore’s use of the port during the installation of subsea equipment. 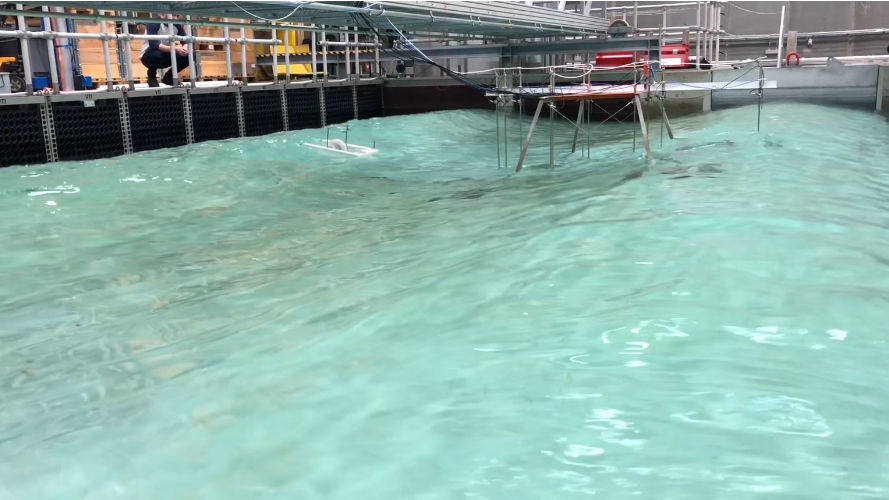