Germany’s Bernard Schulte placed the order for the 7,600-cbm bunkering vessel back in 2016.

Once completed, it will be stationed in Lithuania’s port of Klaipeda from where it will supply marine customers and small-scale LNG terminals along the Baltic Sea coast.

Hamburg-based LNG supplier Nauticor, part of the Linde Group, and Klaipedos Nafta, the owner and operator of the Lithuanian LNG terminal in Klaipeda, will charter the bunkering vessel as part of a contract signed with Schulte back in September 2016.

Nauticor said in a brief statement via its social media channels that a keel laying ceremony for the LNG bunkering vessel took place on February 26 at Hyundai Mipo.

The delivery of the vessel is scheduled for the fourth quarter of this year, the statement said.

Hyundai Mipo claims that this will be the world’s first ballast-free LNG bunkering vessel.

The ballast-free concept means that the vessel will not need to install a ballast water treatment system as required by the IMO’s Ballast Water Management Convention, according to the shipbuilder. 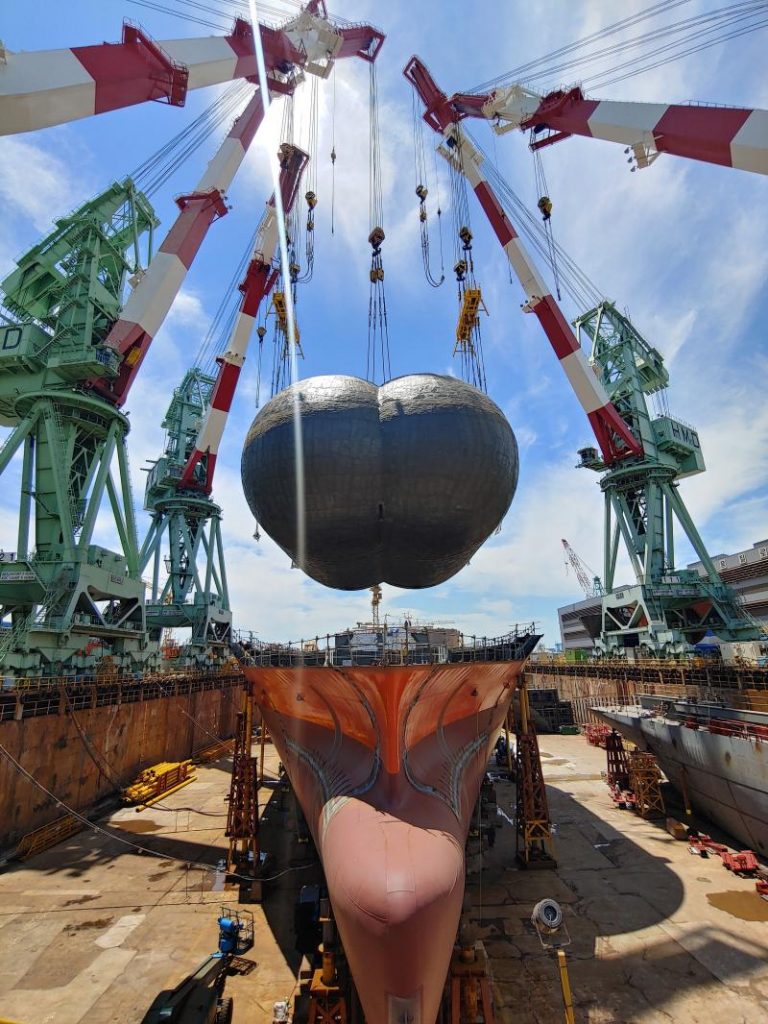