A naming ceremony was held at the Hyundai Mipo Dockyard Co. Ltd. shipyard in Ulsan, South Korea for the first two vessels in a new series of LPG carriers ordered by Sovcomflot Group, to operate on long-term contracts with the petrochemical holding company SIBUR. The carriers will serve to transport LPG from SIBUR’s LPG and light oils transhipment terminal at the Ust-Luga commercial sea port.

The ceremony was attended by: Natalia Komarova – Governor of the Khanty-Mansiysk Autonomous Area; Sergey Frank – President and CEO of OAO Sovcomflot; Leonid Mikhelson – Chairman of the Board of Directors of OAO SIBUR Holding and Chairman of the Executive Board of OAO NOVATEK; Dmitry Konov – General Director of OAO SIBUR Holding; and representatives of the shipyard, banks and classification societies – Britain’s Lloyd’s Register and the Russian Maritime Register of Shipping.

In 2012, Sovcomflot and SIBUR signed a long-term agreement for the charter of two gas carriers to provide regular transportation of liquefied petroleum gas all year round. In 2013, SIBUR will start exporting LPG via its own terminal at the sea port of Ust-Luga.

The gas carriers are named after the Russian rivers Voronezh and Tobol – situated in the regions where SIBUR has its operations.

The new LPG carriers were designed in collaboration with SCF Group experts, to SIBUR’s requirements, and are equipped with the latest advanced shipbuilding technology. The cargo-pumping system consists of four type-C tanks, with a combined capacity of 20,600 m³, capable of transporting cargo under a pressure of 540kPa.

The structural design of the vessels includes: a ballast water treatment system, a requirement for all vessels since 2013, and a reinforced hull for non-stop year-round operations in the North Atlantic with an active service life of 25 years, significantly longer if the vessels are used in normal conditions. The design of these 1B ice class vessels (Ice3 in the Russian Maritime Register of Shipping) will allow them to operate effectively in the low temperatures of the Baltic Sea, during their winter voyages.

Navigation equipment and software from Russian manufacturers was used in the construction of these vessels.

The new vessels are due to be delivered to SCF in August-September of this year. 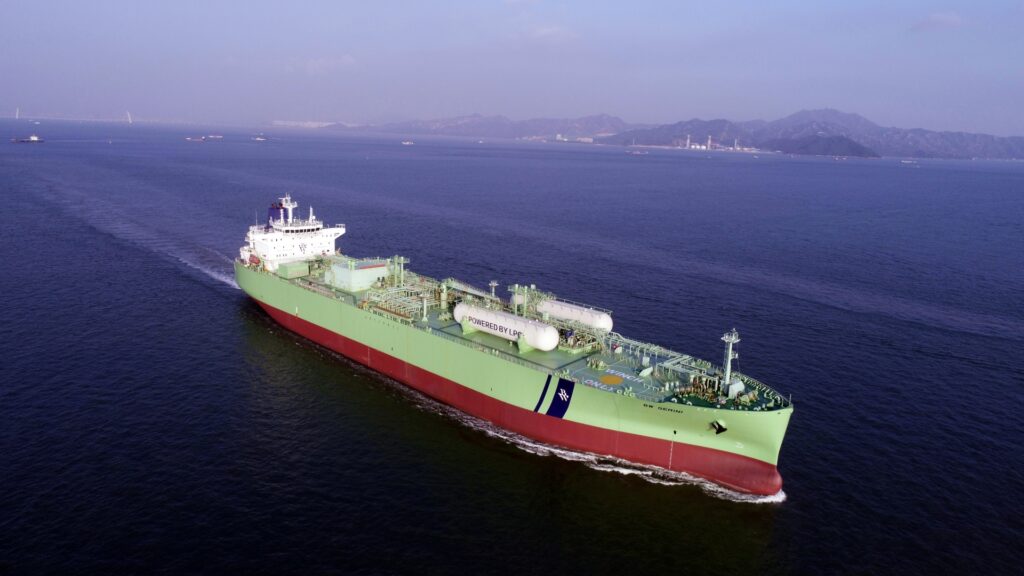