The vessel named Bunker Breeze is able to supply the entire spectrum of marine fuels from liquefied natural gas (LNG) to traditional fuels such as fuel oil and gas oil, according to Zamakona.

The bunkering ship is 86 meters long and weighs 5,250 tons. It has the capacity to house 10 HFO and MDO cargo tanks and four LNG tanks.

It is expected to start operations in the Spanish port of Algeciras in the beginning of November, Zamakona said.

The construction of the vessel is part of a project by the European Commission where the main objective is to develop an LNG logistic chain that will allow promoting the use of gas as a fuel for transport, especially shipping, according to Zamakona.

It is led by Puertos del Estado (Spanish Port Authority) and coordinated by LNG terminal operator Enagás. The project has 42 partners from Spain and Portugal, including Suardiaz and Cepsa. 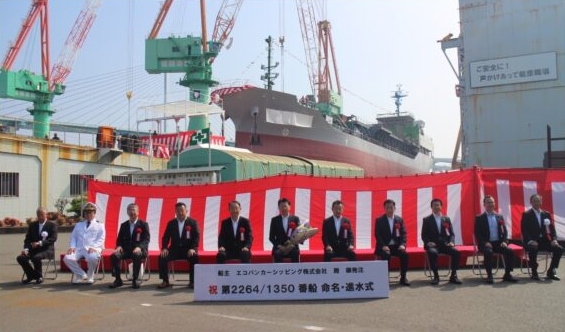