“A continued strong CPP market has drawn swing tonnage away from the chemical markets, supporting a further firming of spot rates,” Niels G. Stolt-Nielsen, CEO of Stolt-Nielsen Limited, explained, adding that the company continued to see rate increases in its contract renewals in late 2019.

“The fourth quarter was also the first quarter since 2016 in which we saw an increase in average contract rate renewals, while also achieving full recovery of cost increases related to the IMO 2020.”

Stolthaven’s operating results decreased to USD 14.6 million in the fourth quarter from USD 19.5 million in Q3 2019, mainly due to the USD 5.5 million write-off of capitalised expenses at the Stolthaven Newcastle terminal and market softness, particularly in Asia-Pacific.

“At Stolthaven, despite the recent market softness and the effects of the US-China trade dispute, we expect improvements in operational performance to continue to strengthen results,” Stolt-Nielsen further said.

On the other hand, results at Stolt Tank Containers were up to USD 15.7 million, mainly due to reduced shipping costs and higher demurrage revenue.

“Stolt Tank Containers has seen an increase in bookings ahead of the Chinese New Year, which could eventually have a positive impact on utilisation,” the company’s CEO concluded. 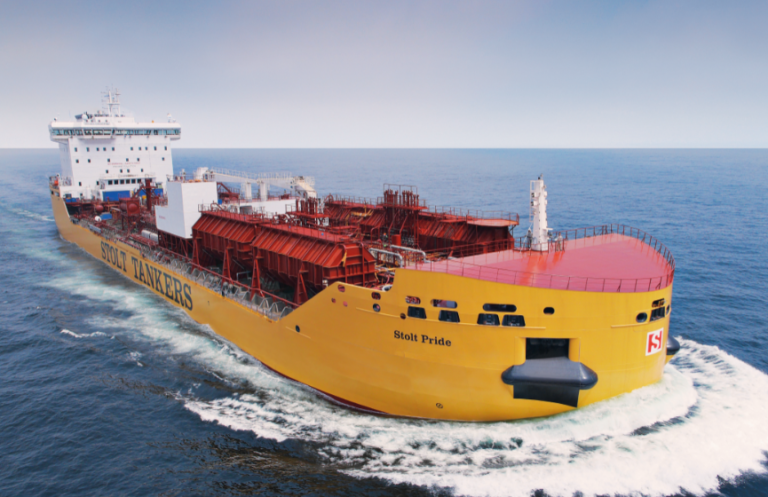