“Stolt-Nielsen Limited’s results for the first quarter were disappointing, particularly at Stolt Tankers, where both the spot and contract volumes were lower than normal, reducing fleet utilisation (tons per operating day). In addition, adverse winter weather conditions in Houston and a number of Western European ports caused substantial delays. This, combined with a lack of spot cargo that resulted in ships sailing light, held down performance at Stolt Tankers. Notwithstanding the disappointing first quarter volumes at Stolt Tankers, we believe the underlying positive trend that started in the second half of 2013 will resume as the year progresses.”

“At Stolthaven Terminals, the construction of additional storage capacity was completed in New Orleans, Houston, Australia, and Singapore. Although most of the added capacity is already contracted out, the final commissioning of the tanks has taken longer than expected. Stolt Tank Containers’ results were consistent with the seasonal softness we normally experience in the first quarter. Conditions in Stolt Sea Farm’s key markets remain challenging, with a main competitor bringing large amounts of culled fish to market due to production issues, driving down prices in the process,” added Mr. Niels. 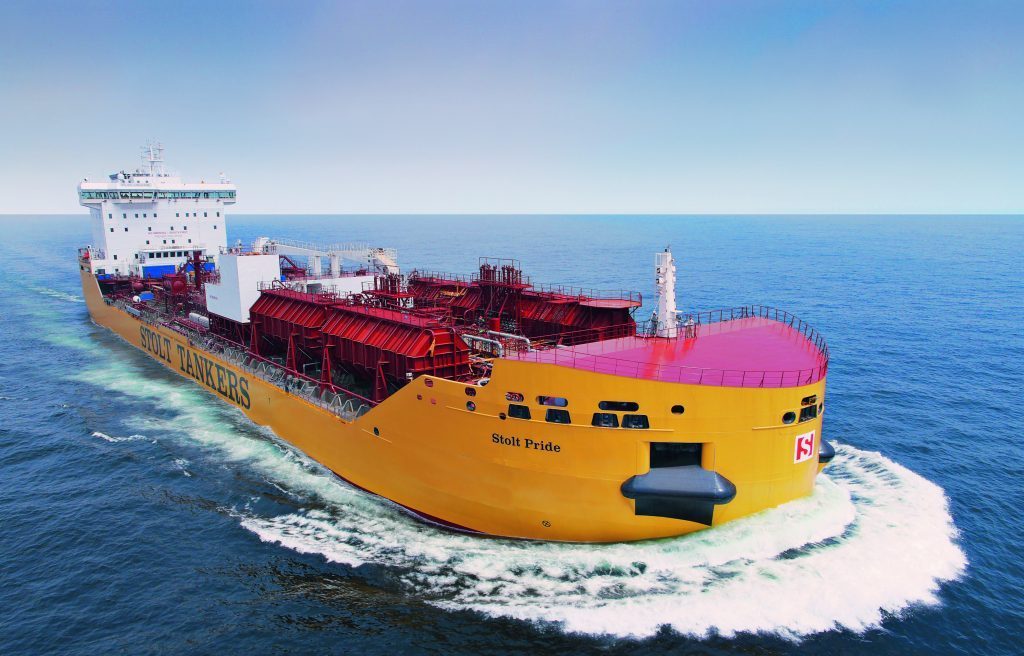