Glory Hongkong, a Panama-flagged bulk carrier which was last reported to be taking on water in the Gulf of Finland, has been towed to the Port of Tallinn, Estonia, the Finish Border Guard said in an update.

The cargo ship, manned by 22 seafarers, reported a leak in the engine room on March 8. The reported water depth was approximately 5 meters. As the incident unfolded, water also leaked into one of the cargo compartments.

Based on the latest update, the crew members managed to pump out the water and drain the cargo compartment, and stop the leak between the engine room and the cargo hold.

There has been no oil spill reported into the sea at any stage, the border guard informed.

The owner of the ship concluded the towage contract on March 9 and the towing operation was concluded on the following evening.

The ship’s crew are said to be safe.

The 40,000 dwt bulk carrier, built in 2012, which was bound for St Petersburg when the incident occurred, remains moored in Tallinn, based on its latest AIS data. 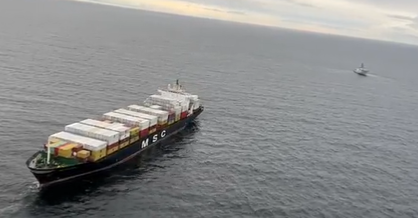