Offshore contractor Subsea 7 has secured a contract from Equinor for the front-end engineering and design (FEED) study for the marine installations associated with the Krafla development project, offshore Norway.

The awarded work is required to finalise the technical definition of the proposed development prior to Equinor and its partners making the final investment decision (FID), which is planned for late 2022. The FEED study will begin immediately, Subsea 7 informed on Friday.

Subsea 7 has recognised the FEED award in its order backlog in the first quarter of 2022. The value of potential, subsequent EPCI contract would only be recognised by the company in its backlog upon FID and would represent a large project award. For Subsea 7, a large contract means it is worth between $300 million and $500 million.

As detailed by the company, the project management and engineering will take place in its offices in Stavanger and Aberdeen. Offshore installation activities would be scheduled for 2024, 2025, and 2026.

When it comes to the project, back in June 2020, Equinor and Aker BP entered into an agreement in principle on commercial terms for the coordinated development of the licences Krafla, Fulla, and North of Alvheim (NOAKA) on the Norwegian Continental Shelf. Equinor is the operator of the Krafla licence and Aker BP is the operator of the NOA and the Fulla licences. The NOAKA area is located between Oseberg and Alvheim in the Norwegian North Sea.

The purpose of the commercial terms was to secure an optimal and fair allocation of cost and production between the discoveries and to align incentives and hence ensure good integration and synergies across facilities and licences.

Norwegian contractor Aibel has already been awarded a FEED contract for the unmanned processing platform at the Krafla field. The study is supposed to form the basis for tying an unmanned platform to the Aker BP-operated platform on the NOA field.

According to Equinor, the Krafla field development will be one of the biggest development projects on the NCS in the planned realisation period.

The planned development concept involves an unmanned production platform (UPP) to which subsea installations on Askja, Krafla, and Sentral will be tied in. Operations will be run from Equinor’s operations centre at Sandsli in Bergen. 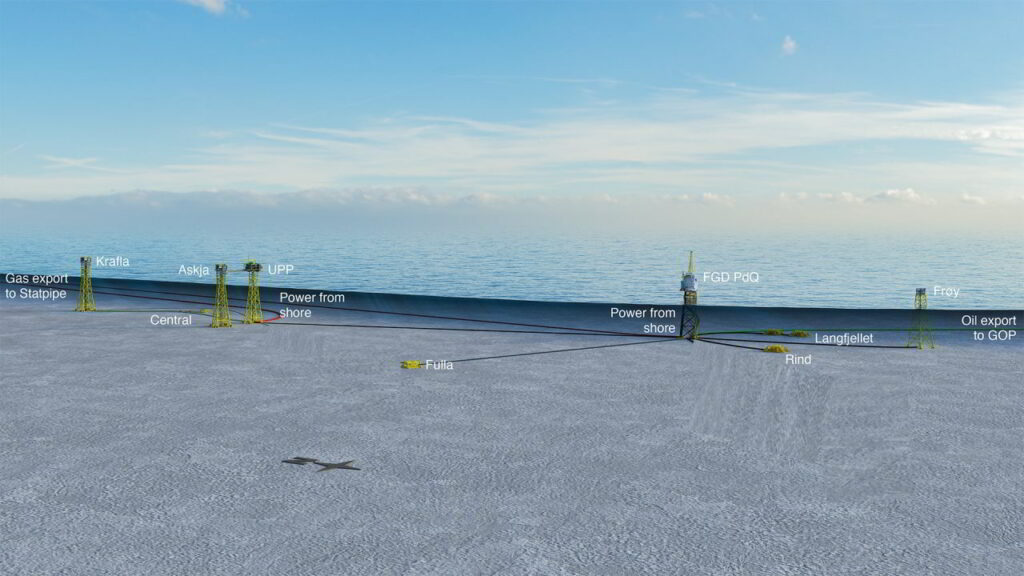