Back to overview
Home Dredging Suez Canal Authority VIDEO: Refloating the Ever Given

Suez Canal Authority VIDEO: Refloating the Ever Given

Suez Canal Authority (SCA) today released this amazing video about the salvage operations of the Panamanian flagged container ship Ever Given.

For the refloating of the 224,000-ton container vessel, approximately 30,000 cubic meters of sand was dredged to help free the vessel and a total of eleven harbor tugs and two powerful seagoing tugs (Alp Guard and Carlo Magna) were deployed.

The intense salvage effort has focused on removing sand from below the front and rear of the ship, while also pulling the ship with tugboats.

Workers managed to free the rear part of the ship first, swinging the stern into the canal while the bow was still stuck in the sloping sand that forms the side of the canal.

SCA officially kicked off the dredging operations ten days ago to extend a second lane that allows for two-way traffic in this section of the canal.

The plan includes widening the canal’s southernmost stretch by about 40 meters (yards) to the east, on the side of the Sinai Peninsula.

That segment would also be deepened to 72 feet, from the current 66 feet in depth. According to SCA, this part of the canal is 30 kilometers (18 miles) long. 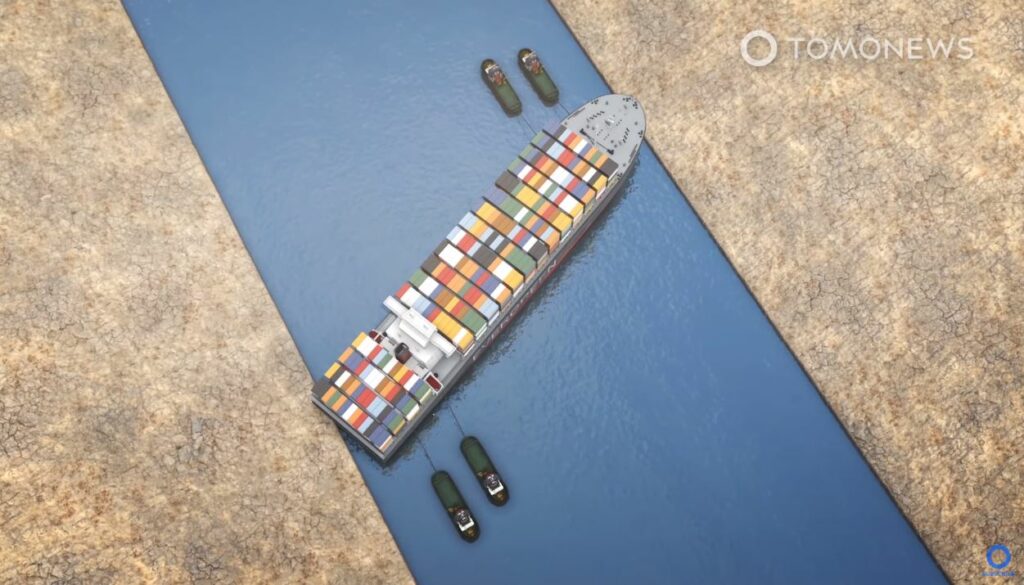