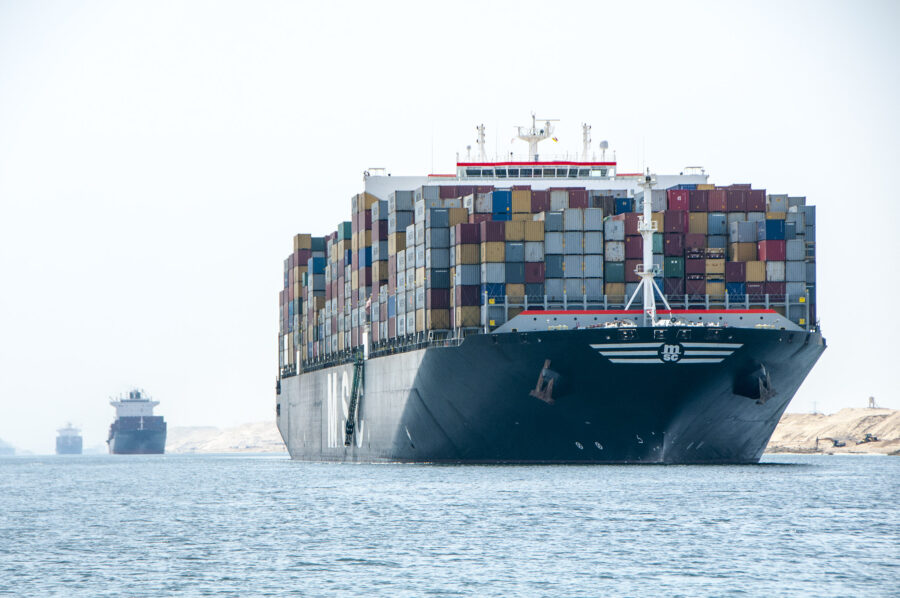 Suez Canal Authority (SCA) has achieved the highest annual revenue in its history of $6.3 billion and the largest annual net tonnage of 1.27 billion tons during 2021, the head of the SCA informed.

Osama Rabie, the head of the authority, said that the strategy development approved by the Egyptian president Abdel Fattah El-Sisi resulted in setting new and unprecedented records in the history of the Suez Canal.

He explained that in 2021 the navigation movement in the Suez Canal witnessed the crossing of 20,694 ships from both directions compared to the transit of 18,830 ships during the year 2020, which marks a difference of 1864 ships and an increase of 10%.

Rabie added that the authority saw a significant increase in its revenues as well. Specifically, an increase of 12.8% was observed with the recorded revenue of $6.3 billion in 2021 as compared to $5.6 billion dollars during the year 2020.

Furthermore, the head of the authority revealed that the Suez Canal intends to adopt new work mechanisms and controls during the new year that support the preservation of the environment and are in line with the directions of the International Maritime Organization (IMO) to reduce carbon emissions.

The new measures include studying providing incentives for environmentally-friendly ships and discussing ways to use renewable energy, operating monitoring stations and a number of marine units, with which the Suez Canal can be declared the “Green Canal”.

On 17 November 2021, the Suez Canal Authority celebrated the 152nd anniversary of the opening of the Suez Canal with over 1.4 million ships transiting the waterway since its inauguration.

In May last year, the Egyptian government approved the widening and deepening of the southern part of the Suez Canal, after the 20,000TEU container vessel Ever Given crippled the critical maritime artery.

With a length of 400 metres and a width of nearly 60 metres, this giant ship had been wedged in this vital shipping route for six days this March, blocking all shipping traffic. After being dislodged, the vessel was held by the SCA under court order while the authority sought compensation from the vessel’s Japanese owner Shoei Kisen and its insurers.

In August 2021, the waterway marked another major milestone with the successful passing of the world’s largest containership Ever Ace. The boxship measures 400 metres in length and 61.5 metres in width. It weighs about 235,000 tons and can transport 23,992 containers.