The floating solar power plant has been developed by Sunlit Sea, which together with Innovation District Center, OsloMet, Oceanlab, Statkraft, Oslo Municipality and the Port of Oslo will benefit from the data collected from the plant in the coming month.

Installed at Honnørbrygga pier, Sunlit Sea’s floating solar plant will remain on site until the end of May.

The test project includes the development of the concept for city-integrated floating solar power, as well as the evaluation of its offshore performance.

Per Lindberg, CEO of Sunlit Sea, said: “Solar panels in water produce more electricity than facilities on land due to good cooling from the water and more direct sunlight than, for example, on buildings.”

The integration of floating solar power in urban areas is relatively new. This entails the installation of solar panels on the water near the city and ensuring that they do not conflict with ships or other maritime infrastructure.

The project will also lead to improvements in the public sector domain by establishing simpler implementation and cooperation with the municipality, according to the Port of Oslo.

“This facility represents a win-win for everyone – Oslo Municipality and the Port of Oslo receive useful data and we learn principles for how to be a good test arena and ensure the right permits. We are breaking down barriers, so that it will be easier for entrepreneurs in the future to test their solutions,” said city councilor Victoria Marie Evensen.

Launched in 2019, Sunlit Sea is developing a new type of technology for floating solar power installations.

The solution is based on prefabrication of serially connected solar panels whose back plates are intrinsically robust and heat conductive aluminum floats, facilitated for and integrated with a new and effective solution for logistics. 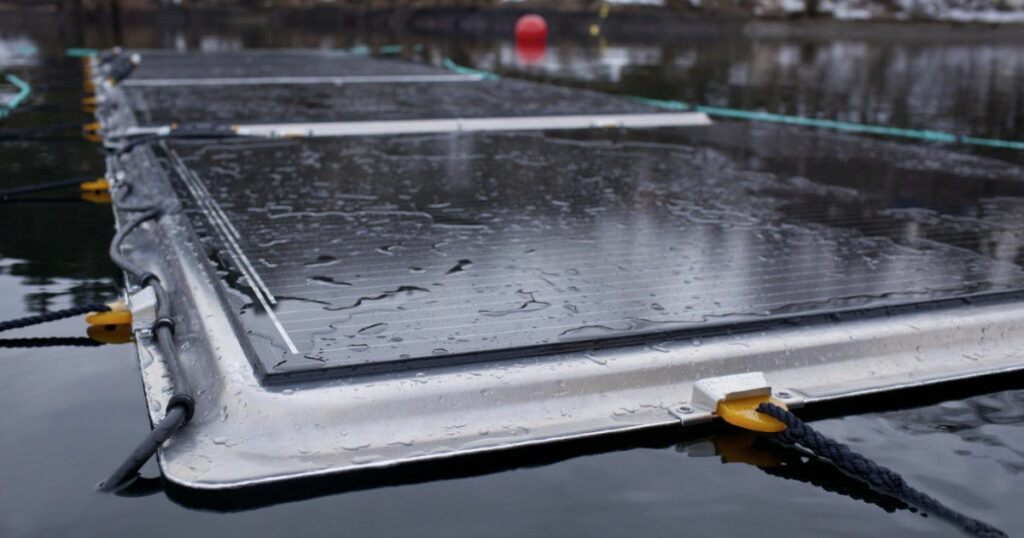