Construction has started on the $35 million Sunshine Coast international broadband submarine cable project, which will connect Australia and Asia.

Minister for State Development, Manufacturing, Infrastructure and Planning Cameron Dick said: “This exciting project will see an undersea fibre optic cable built to connect the Sunshine Coast and Queensland directly to Asia and the United States.

“The cable will be a major business and investment drawcard, particularly for enterprises with large data requirements.

“Connecting Queensland directly to a major international hub will future-proof our digital infrastructure and provide massive economic stimulus for the Sunshine Coast.

“An independent assessment commissioned by council estimates the project will create up to 864 new jobs and could add $927 million to our state’s economy.

“This is a transformative development for the fast-growing Sunshine Coast, delivering the only international cable landing on the east coast of Australia outside of Sydney.

“The Palaszczuk Government is proud to support Sunshine Coast Council in delivering this visionary infrastructure with $15 million funding through our $150 million Jobs and Regional Growth Fund.”

RTI Connectivity are building a 9600-kilometer submarine cable between Japan, Guam and Australia (JGA), and a 550-kilometer branch would connect the JGA cable to a new landing station at Maroochydore.

Sunshine Coast Council Mayor Mark Jamieson said: “The cable will provide the Sunshine Coast and Queensland with direct data and telecommunications connectivity to Japan, Hong Kong and the United States, increasing the speed and capacity of Queensland’s international connections.

“Our Sunshine Coast is fast becoming a digital leader, and the submarine cable network will help position our region as a key digital trading hub from Australia.

“By now being able to offer Australia’s fastest international data connection point to Asia, this will provide a significant step-change in the Sunshine Coast’s attractiveness as an investment location.

“We will be stimulating investment and jobs growth on the Sunshine Coast thanks to the superior telecommunications connectivity and data infrastructure that we will be able to offer – and this project is already generating substantial investment interest.”

The submarine cable network is expected to be in service by mid-2020. 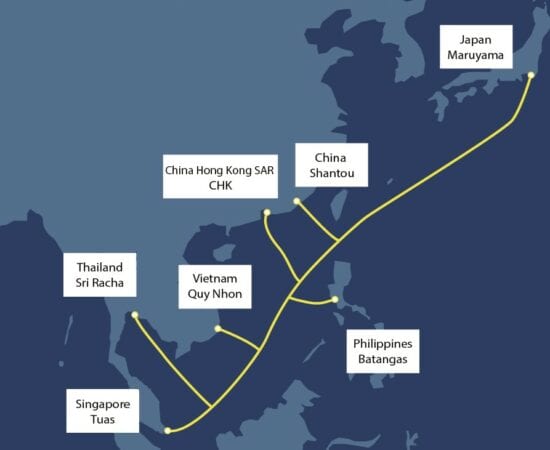