Tailwind said that the acquisition would allow the company to continue to deploy its strategy of exploiting organic production and near-term reserves growth opportunities whilst building out the Tailwind portfolio.

According to the company, the transaction is subject to statutory regulatory and government approvals with no further details provided.

Decipher Energy is the 100-per cent owner of Licence P1606 which covers the Orlando field. The field is located in UKCS Block 3/3b, between the Ninian, Strathspey, Brent, and North Alwyn fields.

The Orlando field was discovered by Chevron in the late 1980s. The drilled well encountered a 160- feet oil column and it tested at a rate of 2,800 bopd. Two appraisal wells were drilled in 2011 and 2012 in the southern part of the field.

The Orlando consists of the subsea tie-back of a single horizontal production well to the CNRI operated Ninian Central Platform some 11 kilometres to the southwest. The field is expected to produce at a plateau rate of 10,500 bopd with base case reserves of 8 mmboe. The field was brought online two years ago, thirty years after discovery.

Decipher also holds a 100 per cent interest in Licence P2311 holding the Senna discovery. The discovery is located south of the Ninian and Columba fields and west of the Dunbar field. Senna was also discovered by Chevron in 1977.

The Senna discovery has contingent resources of up to 60 mmbbls, with peak production potential from a 3 production well development of 24,000 bopd.

The final asset owned by Decipher is Mansell. A 100 per cent-owned field located in the UKCS east of the Ninian and Columba fields. It was discovered by BP in 1985 and, following appraisal, was produced as a subsea tieback to the Ninian South Platform between 1992 and 1995. The Mansell field has contingent resources of up to 16mmboe.

Apart from adding Decipher assets, Tailwind Energy has recently intensified its work on bringing online its Evelyn field in the North Sea. Tailwind received consent and approval of the field development plan in late February.

The Evelyn field is part of the Triton Cluster. Tailwind became the owner of the field through the acquisition of Shell and Esso E&P’s interests in the cluster in September 2018.

According to the work schedule, the first Evelyn well will be drilled in the second half of 2021, with the subsea tieback set to be completed in the summer of 2022. The first production is expected in the fourth quarter of 2022. 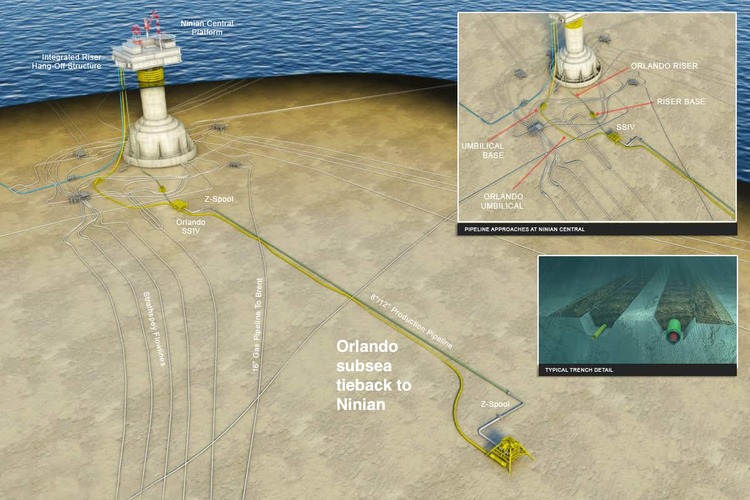