Tata Power Solar Systems has received a Letter of Award (LoA) from NHDC to develop a 125MWp floating solar project in India’s state of Madhya Pradesh.

The LoA, worth INR 596 crore ($74 million), follows NHDC’s call for bids earlier this year for the floating solar project at the Omkareshwar reservoir in the Khandwa district of Madhya Pradesh.

NHDC is a joint venture of NHPC and Government of Madhya Pradesh, and according to Tata Power Solar, this will be one of India’s largest floating solar power projects.

The LoA was awarded through tariff-based competitive bidding.

The project will be commissioned within 13 months from the date of letter of award and will provide sustainable power to M. P. Power Management Company.

Speaking on the contract award, Ashish Khanna, CEO of Tata Power Renewable Energy, in which Tata Power holds the majority stake, said: “This is a significant project for Tata Power Solar and we are honored to collaborate with NHDC. This partnership will highlight our working and project execution diversity to promote green energy across sectors.

“Floating solar projects are the game changer for the renewable industry. This project is a true reflection of our ability to pioneer world-class solar projects within a short period of time.”

Tata Power Solar is one of the companies at the forefront of large-scale solar and renewable energy project developments in India, with total utility-scale solar project portfolio reaching 9.8GWp with this latest contract award. 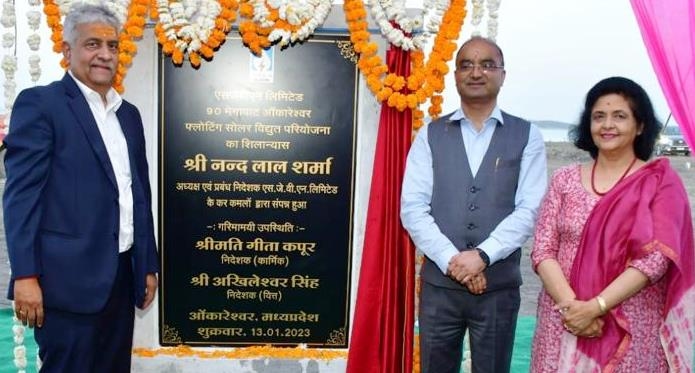