To better position itself in the market and meet customers’ needs of regional expertise accessible through local offices, BMT Group Ltd (BMT) has announced that marine surveying companies BMT De Beer and BMT Techmar became BMT Surveys on the 1st May 2013. This will help provide clarity and a more uniformed approach, whilst paving the way for future expansion both in Europe and further afield.

Phil Thompson, Transport Sector Director at BMT Group explains: “BMT De Beer and BMT Techmar have combined experience of over 110 years working in the marine surveying market. The company names will disappear, but the breadth and depth of our offering will be available to our customers through a more coherent network. We continue to be one of very few marine surveying companies that deals with both H&M and P&I and we are fully committed to investing in the future of marine surveying.”

This name change will see BMT Techmar become BMT Surveys (Antwerp) with BMT De Beer becoming BMT Surveys (Rotterdam) supported by additional offices in Amsterdam, Harlingen, Delfzijl and Jakarta. As well as this restructure, BMT Surveys has launched a dedicated Risk & Quality division to reflect an industry demand for loss prevention, audits and risk management. BMT Surveys (Risk & Quality) B.V. will operate as a separate business unit based in Rotterdam and managed by Olivier van der Kruijs who has been working with BMT since 2007, developing industry-leading expertise and best practice.

Jeroen de Haas, Managing Director of BMT Surveys (Rotterdam) comments: “The rich heritage of a business that has been in existence since 1925 will remain engrained in everything we do and the business culture and customer service focus that we have developed will transcend a change of title. Allied with our independence and access to significant global resource which is available through the wider BMT group, BMT Surveys is in a very strong position and will continue to service its customers with the best possible industry knowledge and expertise.” 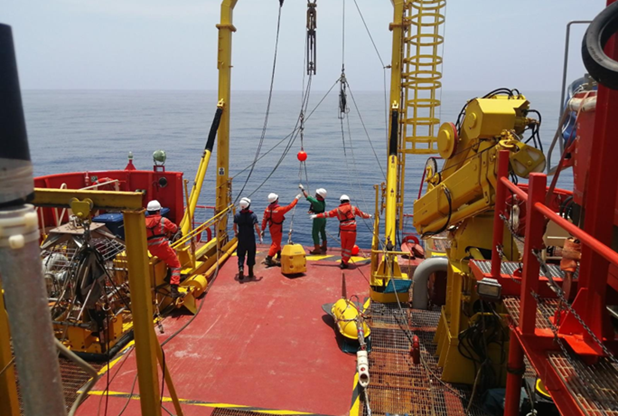