Titan LNG, a Dutch independent LNG supplier, has completed another bunkering operation at the Port of Antwerp.

The company noted its bunkering barge, FlexFueler 001 bunkered the Wes Amelie, a container vessel owned by Wessels Reederei and chartered by Unifeeder at the Belgian New Fruit Wharf NV Terminal at the Port of Antwerp.

The company said the operation supports the expansion of LNG bunkering in the Antwerp, Rotterdam, and Amsterdam (ARA) region.

Titan LNG also supplies bio-LNG which can be dropped in and blended with LNG using existing infrastructure and engine technology. The next step of using green hydrogen to convert into E-Fuels (synthetic LG) is under development by Titan for implementation in 2024.

From all available E-Fuels like ammonia and methanol, E-LNG is the only fuel with global existing infrastructure to serve the marine industry and the best energy density, the company said in its statement.

To remind, in 2017, Wes Amelie was the world’s first boxship to be retrofitted to run on LNG. Then in November 2019, the vessel was chosen for a retrofit project that would see it run on liquefied synthetic natural gas (SNG).

Additionally, Titan LNG recently added its second bunkering barge, the FlexFueler 002, to fleet and held a christening ceremony at the end of March.

The vessel has entered service on March 25. The bunkering barge will be operating from the Port of Antwerp’s Quay 526/528 where Fluxys facilitates truck-to-ship bunkering and Titan LNG operates a permanent bunkering point for inland waterway vessels. 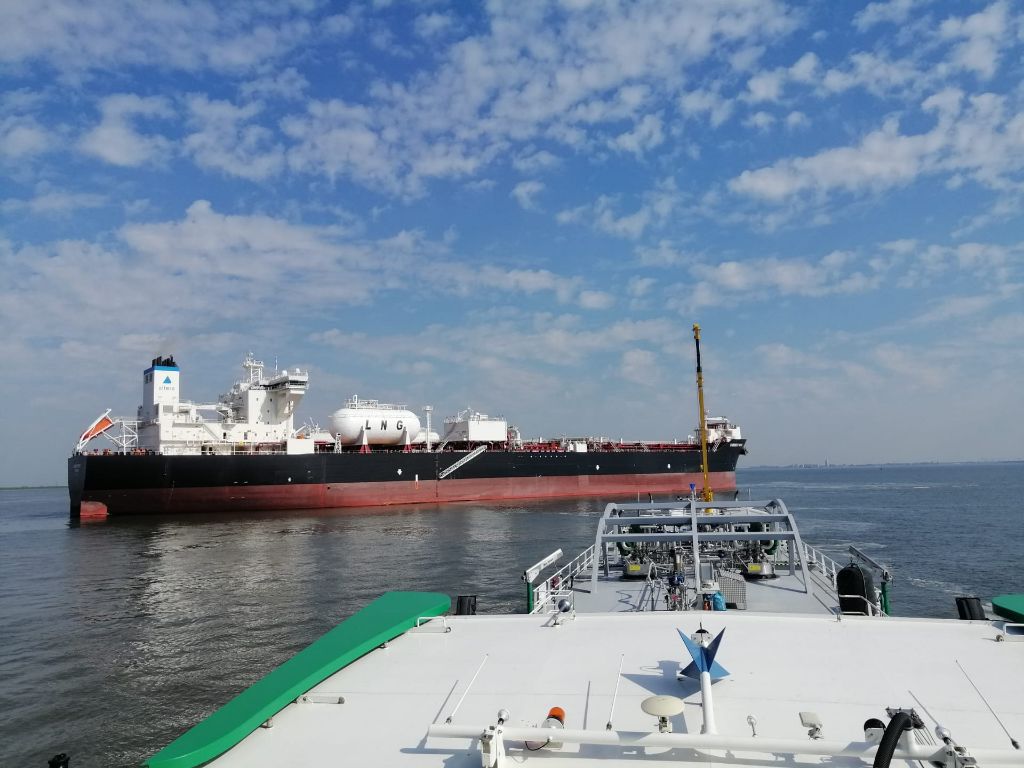