Starting from January 1, 2017, eleven key ports in China within the three designated emission control areas (ECAs) will require ships at berth to use fuel with less than 0.5 percent sulfur content, The Standard Club informed.

Shipowners should ensure that their ships due for calling these ports comply with relevant requirements and regulations, the club said.

On December 15, 2015, the Ministry of Transport of China issued regulations related to the three ECAs in the country’s territorial waters.

The ECAs were established in the coastal and inland waters near the Pearl River Delta (excluding the waters of Hong Kong and Macao), Yangtze River Delta and Bohai Bay region.

The implementation of low sulfur fuel is divided into stages in order to gradually tighten the regulations by putting a 0.5 percent sulfur content cap on bunkers used within the zones.

From January 1, 2018, the 0.5 percent at-berth fuel requirement will be extended to cover all ports within the ECAs, according to the protection and indemnity (P&I) club.

The regulation will extend from January 1, 2019, to require all ships operating in waters within the ECAs to use a fuel with a sulfur content not exceeding 0.5 percent.

Under the China’s ECA regulation, alternative methods of compliance will be permitted, such as the use of shore power, using clean energy, or exhaust gas scrubbers, according to the club. 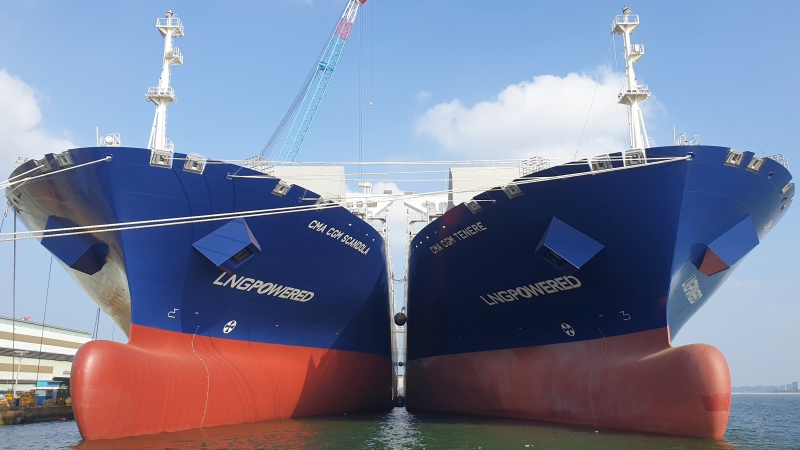 CSSC wraps up delivery of CMA CGM’s 15,000 TEU newbuilds
Posted: 14 days ago
IMO points to 77 pct drop in SOx emissions from ships since 2020
Posted: 26 days ago
Premium
Green corridors: can they catalyze the transition to zero-emission shipping?
Posted: 7 days ago