TORM has a long-term relationship with state-owned GSI, which has built 29 ships in the company’s current fleet.

The two new ships are expected for delivery in the fourth quarter of 2021.

The Danish shipowner said the vessels would be constructed according to its specifications in order to optimize trading and fuel- efficiency. Furthermore, the ships would be prepared for a potential later dual-fuel installation.

“I am very pleased that TORM has utilized its long-term relationship with Guangzhou Shipyard International to enter into an agreement to purchase two LR2 newbuildings. These newbuildings will be financed through a flexible and attractive sale and leaseback structure including a repurchase option at the end of the lease period,” says Executive Director Jacob Meldgaard.

TORM expects its CAPEX for the two vessels to be USD 95 million including extra costs related to TORM’s design requirements and scrubber installations. For this purpose, the company has secured financing of USD 76 million with an undisclosed international financial institution.

The financing will be structured as a ten-year sale and leaseback agreement with purchase options during the lease period and at maturity.

Over the recent period, the tanker owner and operator was focusing on repaying its debt.

As informed, the vessel was delivered to the new owner in late December 2019, and in connection with the transaction USD 4 million of debt was repaid.

Earlier this month, the company secured a commitment for a total of USD 496 million from a syndicate of lenders to refinance its debt and bolster its capital structure.

The company said the total amount was a combination of two separate term facilities and a revolving credit facility, which would be used to refinance the company’s debt covering a total of USD 502 million. 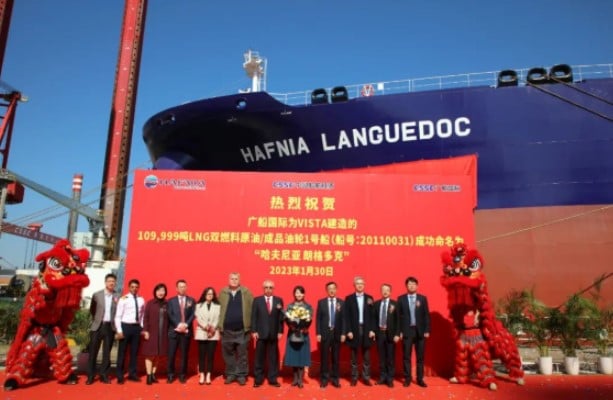