TraPac, an operator of the second largest marine terminal at the Californian Port of Oakland, has received approval from the US Board of Port Commissioners for the expansion project that would nearly double the size of the terminal.

TraPac said it is now ready to begin construction on a 57-acre expansion at the port’s Outer Harbor.

The construction on a new entrance gate could start in November and refurbishment of the remaining acreage would follow soon thereafter, the company added. The terminal operator also said it expects to complete improvements within 10 months.

“Now that the approval process has concluded, we’re eager to get on with the necessary improvements, and we’ll be doing so aggressively,” Mike Porte, TraPac Oakland General Manager, said.

In October 2016, TraPac signed a new 14-year lease which allowed the operator to expand its footprint at the port from 66 to 123 acres. The terminal operator plans to add two vessel berths to the two it already operates.

TraPac handles about 20 percent of the containerized cargo volume shipped through the Port of Oakland.

Apart from the terminal in Oakland, TraPac manages facilities in Los Angeles and Jacksonville, Florida. 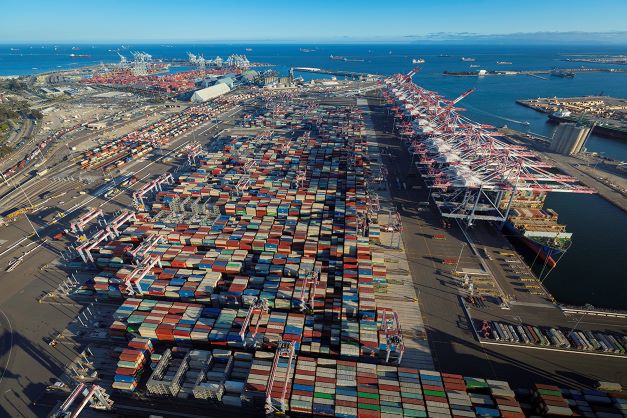