The EQT Infrastructure II Fund has acquired Mongstad Administrasjon AS (Mongstad Supply Base) from Wimoh Invest AS, a company ultimately owned and controlled by Marit and Trond Mohn, a Norwegian businessman.

The parties have agreed not to disclose the transaction value.

Mongstad Supply Base outside Bergen is an oil and gas port in Norway, strategically located close to an area with high offshore activity.

The company owns land, buildings, storage facilities, piping, roads, quays and other infrastructure at the site, and handles more than 280,000 tonnes over quay per year. The base supports about 20 producing oil and gas installations in the North Sea.

“Mongstad Supply Base is critical in serving the oil and gas industry in the North Sea,” Homayoun said.

The base was established in 1984 as a supply base to Norsk Hydro (now part of Statoil) and has since invested in port infrastructure as well as land and buildings at the site. The company currently owns over 600,000sqm of developed land and 750m of quay, accommodating over 2,500 ship arrivals per year. Statoil, a main tenant, has recently announced new sailing routes in order to achieve cost and environmental savings, which is expected to almost double the volumes at the base once fully implemented by the end of 2015. The base is operated by CCB.

EQT says that, going forward, the strategy is to invest in new infrastructure and land at Mongstad Supply Base, to grow via acquisitions of infrastructure at other supply bases and acquire other infrastructure assets and properties with similar characteristics. The growth of the company will be supported by a new Board of Directors consisting of Thor Håkstad (former SVP Norsk Hydro) and Tore Thorstensen (Chairman AF Gruppen and Chairman HusCompagniet). This will bring in significant experience from the oil and gas industry as well as the real estate and construction sectors, EQT added.

“…EQT is coming in as new long-term owner with a willingness to invest and expand the infrastructure at the base,” said Johnsen.

Masoud Homayoun, Director at EQT Partners AB, Investment Advisor to EQT Infrastructure II, said: “Mongstad Supply Base is critical in serving the oil and gas industry in the North Sea. Oil producers and service companies are consolidating their operations to fewer and larger supply bases, such as Mongstad Supply Base, to realize cost savings.

“The expected activity increase at the base will require investments in quays, buildings, tanks and other key infrastructure. This makes Mongstad an excellent platform investment, with the key characteristics EQT is looking for: strong market position, hard assets, very long-term contracts with strong counterparties and, most importantly, development potential.”

Tore Notø Johnsen, Managing Director of Mongstad Administrasjon, commented: “The oil and gas industry has undergone a shift in recent years, and the increasing activity we are seeing at the base is a result of that. We are very excited that EQT is coming in as new long-term owner with a willingness to invest and expand the infrastructure at the base.”

Trond Mohn stated: “EQT, being a reputable private equity player with solid backing from well-known industrial investors, has through the process been a preferred buyer of Mongstad Supply Base. EQT has both shown dedication and willingness to further develop Mongstad Supply Base in the years to come, which will benefit Statoil and the other customers and operators at the base, local stakeholders as well as the employees in the region.” 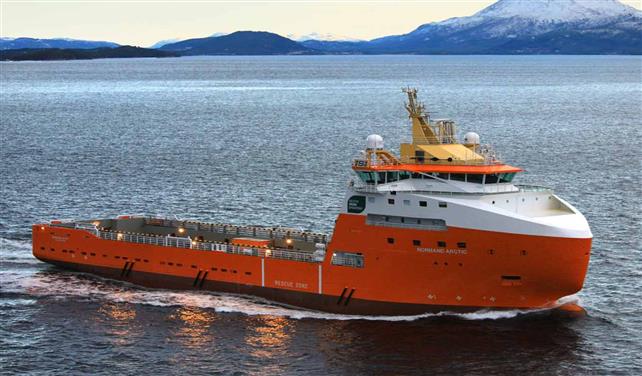