As informed, the two Ultramaxes are scheduled to be delivered from Dalian Cosco Kawasaki Ship Engineering Co Ltd (DACKS) in July 2022.

The newbuilds are of the Kawasaki eco design, of which the company had previously built nine units at DACKS and sister yard NACKS.

What is more, the two Post-Panamaxes purchased by Oldendorff were built in 2012 in China and will be taken over in India in the first half of April.

They are equipped with a Korean-built Doosan-MAN-B&W 6S60MC and Doosan auxiliary engines. Oldendorff Carriers said it already had the vessels on floating index charter for several years, during which they have shown excellent performance.

Oldendorff Carriers’ massive fleet renewal program is continuing into this year as well, with several vessels set to join the company in the coming months.

The company’s last two Newcastlemax newbuildings, MV Heide Oldendorff and Hauke Oldendorff will be delivered from Hantong Shipyard in August and October/November 2021. They will be used in the company’s usual Capesize trades, before servicing long-term CoAs from 2023 onwards. That will complete the series of 18 MARIC-design Newcastlemaxes, built over 5 years at three different yards in China, of which Oldendorff Carriers had sold on 4 units with long-term charter back.

The first of two highly specialized transloader newbuilds, MV Calypso, was delivered from Chengxi Shipyard on 15 January and sailed to North Vietnam, where it was commencing a 25-year transshipment CoA for a consortium of Marubeni and Kepco. Its sister vessel Anna will be commissioned in July.

Additionally, the company’s 2017-built Handysize bulker Lily Oldendorff was sold to buyers in the United Arab Emirates and will be handed over to them next month.

Adding these transaction and ships that were recently taken on period charter, Oldendorff Carriers’ fleet under operation will exceed 750 vessels. 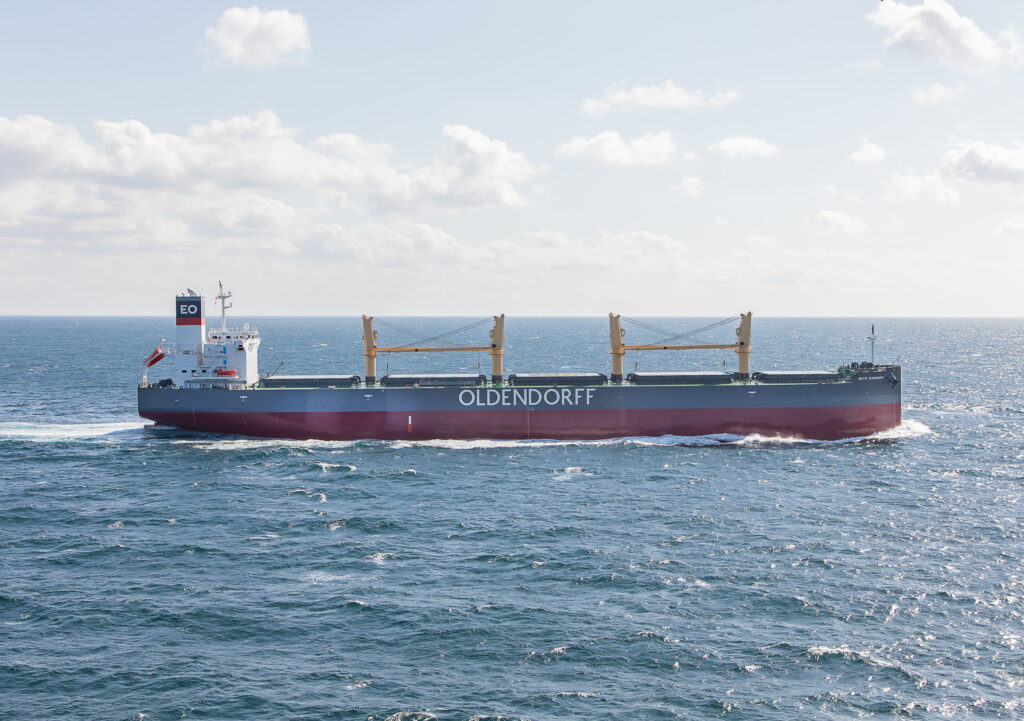