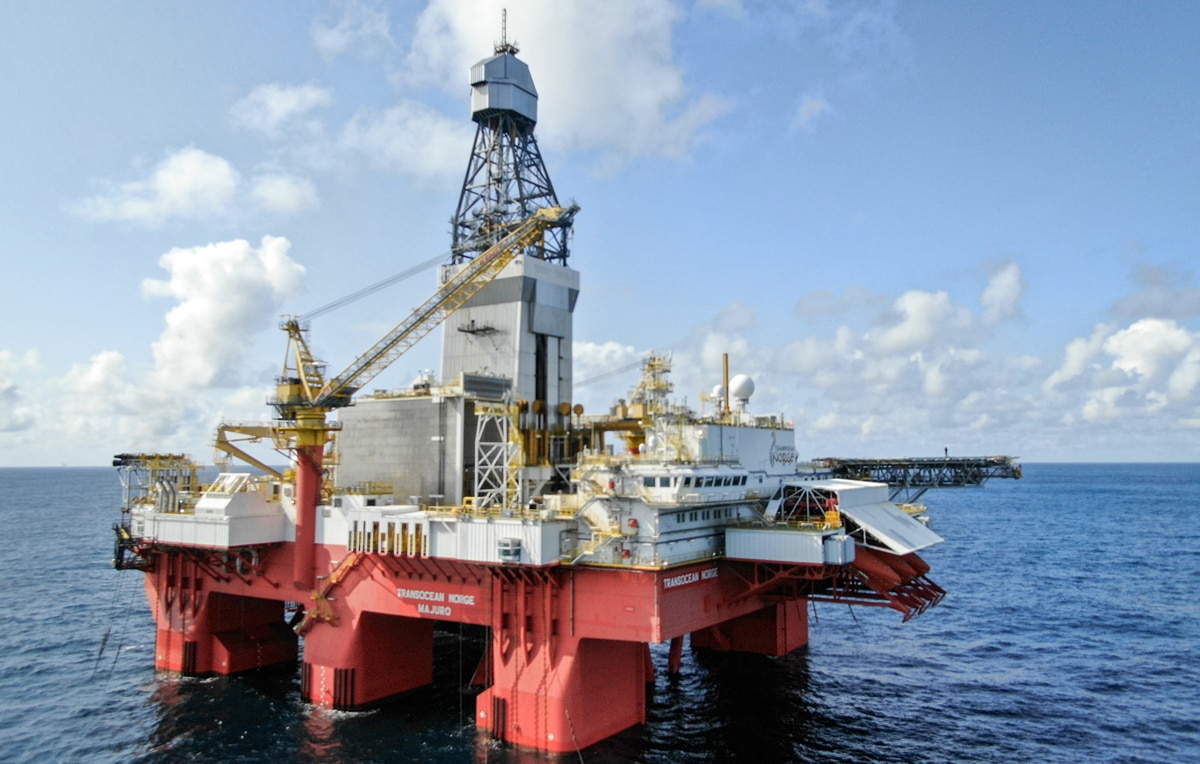 Two oil and gas operators – ConocoPhillips and Equinor – have completed the drilling of wildcat wells in the North Sea offshore Norway but failed to find hydrocarbons.

ConocoPhillips Skandinavia has concluded the drilling of wildcat well 25/7-10 located in its operated production licence 782 S. This was the second well in this licence, which was awarded in APA 2014.

After securing a drilling permit from the Norwegian Petroleum Directorate (NPD) in June 2022, ConocoPhillips drilled the well about 30 kilometres northwest of the Balder field in the central part of the North Sea and 205 kilometres west of Stavanger.

The Lamba prospect was drilled with the Transocean Norge semi-submersible drilling rig. The same unit has also recently drilled a wildcat well in the Norwegian Sea for ConocoPhillips but failed to find hydrocarbons.

The objective of the well was to prove petroleum in Upper Jurassic reservoir rocks (the Intra-Draupne Formation).

According to the NPD’s report on Tuesday, the well encountered thin sandstone layers totalling about 14 metres in the Draupne Formation, with poor reservoir quality. Oil was collected from an isolated sandstone layer with limited extension, which is why no recoverable volumes can be estimated from this interval.

In the Heather Formation (Middle Jurassic), the well encountered 29 metres of sandstone with poor reservoir quality. The well is classified as dry, with oil shows. The licensees will assess the result from the well as regards further prospectivity in the production licence.

The well 25/7-10 was drilled to a vertical depth of 4470 metres below sea level and was terminated in the Heather Formation in the Middle Jurassic. The water depth at the site is 127 metres. The well has been permanently plugged and abandoned.

The drilling permit for the well 30/3-11 S to test a prospect named Poseidon was secured in May 2022 and the well was drilled about 18 kilometres north of the Oseberg Øst field in the North Sea and 145 kilometres northwest of Bergen.

The objective of the well was to prove petroleum in Middle Jurassic reservoir rocks (the Brent Group).

The petroleum directorate informed on Tuesday that the well encountered about 120 metres of sandstone with poor reservoir quality in the Tarbert, Ness and Etive formations. In addition, about 75 metres of sandstone were encountered with poor reservoir quality in the Oseberg Formation. The well is dry with traces of petroleum in all exploration targets.

The well 30/3-11 S was drilled to a vertical depth of 4593 metres below sea level and was terminated in the Drake Formation in the Middle Jurassic. The water depth at the site is 185 metres.

The well was drilled by the Deepsea Stavanger drilling rig, which is now moving on to drill wildcat well 6607/12-5 in production licence 943 in the Norwegian Sea, where Equinor is also the operator.