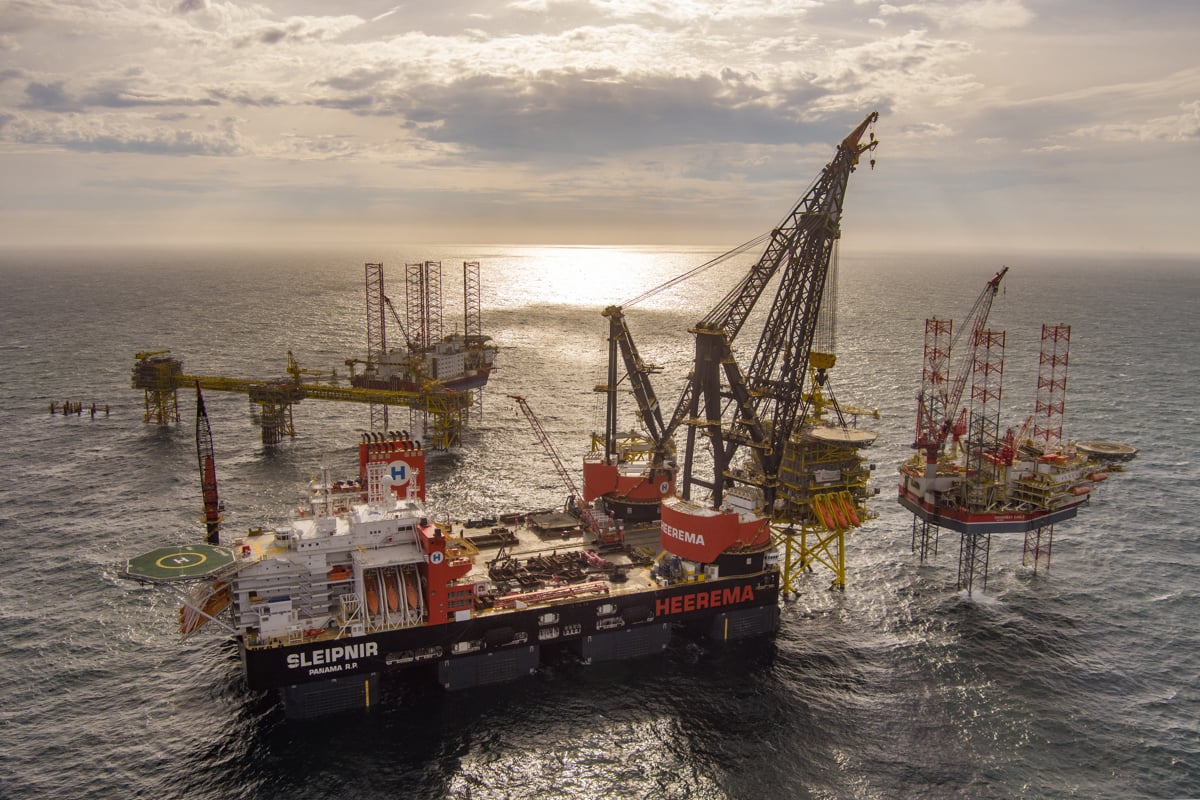 Oil and gas company TotalEnergies and its Danish Underground Consortium partners Noreco and Nordsøfonden have announced the completion of this spring’s installation campaign of Tyra II in the Danish North Sea with seven out of eight platforms now in their final position.

The latest milestones for the Tyra redevelopment project included the successful offshore lift and installation of the three Tyra West wellhead and riser platforms (TW-WHRP), the utility- and living quarters (accommodation unit), and two bridges.

The three wellhead and riser topsides for the project were built by Sembcorp Marine and sailed away from Singapore in January this year. The new Tyra II utility and living quarters sailed away from Ravenna, Italy in mid-March.

The 5,584 tons heavy and 32.5 meters tall module was built in Italy with the help of EPC contractor Rosetti Marino Contractors. After a 5,800-kilometre-long journey through the wind and waves of the Mediterranean Sea passing by the English Channel, the new Tyra II utility and living quarters arrived at the field.

Upon the arrival of all elements at the field in the Danish North Sea, the world’s largest crane vessel, Heerema’s Sleipnir, completed the installation over a period of 10 days.

The three 3,485 tons wellhead and riser platforms were lifted onto the waiting jackets and installed at Tyra West.

Once the crew completed all final checks, Sleipnir lifted the Tyra II utility and living quarters off the barge, and with it hanging in the crane wires at a height of 30 meters, the crew sailed more than one kilometre towards the jacket where they successfully set-down Tyra II’s new home.

The lift and installation of the accommodation unit onto the jackets at Tyra East concluded this spring’s offshore installation campaign, and seven out of eight platforms are now in their final position. This means that Tyra II is now almost complete as all platforms, except the processing platform, are now in place.

Lars Bo Christiansen, Tyra Redevelopment Deputy Project Director for TotalEnergies EP Denmark, said: “It’s exciting to be able to see the almost complete shape of Tyra II as seven out of eight platforms are now in their final position. The last crucial piece to be installed is the new processing platform which is currently being built at the yard in Indonesia.”

In the coming days, the installation team will finish the last welding works to secure that the new platforms can resist many years of rough North Sea weather. Afterwards, the team will hand over the baton to the hook-up and commissioning team, who will focus on making the new Tyra II utility and living quarters habitable. Moreover, they will install the refurbished wellheads, reinstate the wells, and power up the new Tyra West platforms.

In the second half of 2022, the new 16,988 tons heavy processing module will start its journey from McDermott’s yard in Indonesia, making the modernized Tyra II complete. For this, Heerema Marine Contractors’ Sleipnir will return to the field one last time. According to the project’s partners, this module is the heaviest of all modules, and it’s likely that lifting it will break a world record.

Marianne Eide, EVP Upstream in Noreco, commented: “With seven out of eight platforms in place we have progressed the project closer to a near-doubling of production from the DUC with Tyra onstream from Q2 2023.”

“During times when energy security is critical, the importance of Tyra II cannot be overstated. With Tyra on stream, the need for imported natural gas to Denmark will be significantly reduced.” 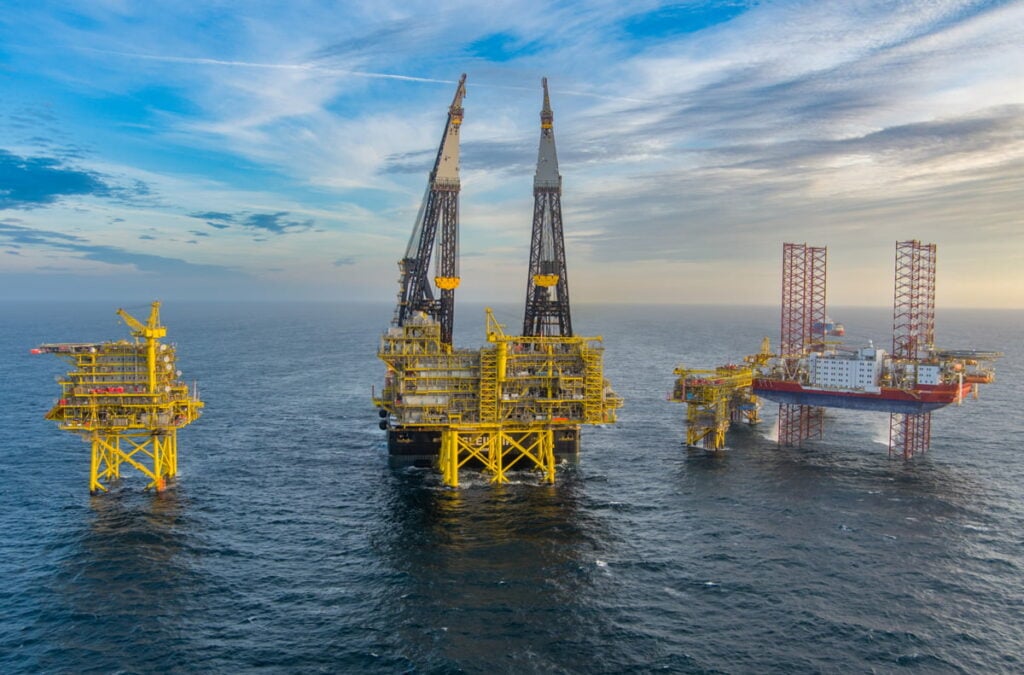