The U.S. Coast Guard (USCG) has partially assumed federal control of response operations to contain an oil discharge from the site of the collapsed Mississippi Canyon Block 20 (MC20) offshore platform 11 miles south of the mouth of the Mississippi River.

The U.S. Coast Guard said that it would access the Oil Spill Liability Trust Fund under the Federal Water Pollution Control Act and assume authority for containing and disposing of the oil.

The leak started in 2004 when Hurricane Ivan caused a mudslide on the floor of the Gulf of Mexico that toppled Taylor Energy’s MC20 offshore platform, about 12 miles off the tip of the Mississippi River. Taylor Energy liquidated its oil and gas assets four years later and ceased all drilling and production operations.

The platform’s well conductor pipes were left buried in more than 100 feet of mud and sediment. Since the initial incident, federal officials have directed Taylor Energy to remove the platform deck, remove sub-sea debris, decommission the oil pipeline, attempt to contain the leaking oil, and plug nine of the 25 impacted wells that were deemed the highest risk.

In November, the FOSC ultimately issued Taylor Energy a Notice of Federal Assumption and assumed authority for containing the oil.

In the same month, the Coast Guard contracted a specialized team to conduct a comprehensive site survey, fabricate a containment system, and install it at the source to start collecting the oil.

According to the USCG, the team is currently in the planning phase. Weather and sea state will largely dictate operations, which will involve cumulative weeks at sea, extensive dive and remotely operated vehicle (ROV) operations, and underwater equipment installation.

USCG Capt. Kristi Luttrell, the FOSC for the MC20 response, said: “While the safety of response personnel is paramount, we don’t want to delay response activities. We plan to leverage every weather window available from now until the system is installed and collecting oil.

“We are committed to public safety and preserving the Gulf marine environment. As we move swiftly to develop and install the containment system, we will continue working with our federal, state, and local partners to ensure a permanent solution is in place,” she said.

The partial federal control also means that the government still plans for Taylor to pay for the costs. Regardless of the governments plans, the former oil company is in court with the U.S. government looking to recover $432 million from its $666 million spill-response trust fund, as it believes it did everything possible to stop the leak. The case, submitted to the court in 2016, is still being contested in court.

According to reports by WWL TV, the leak barely received any public attention until 2010 after BP’s massive Deepwater Horizon oil spill happened about 35 miles to the south.

The media outlet said in one of its articles that Taylor claimed the leaks in several of the 25 wells tied in to the toppled production platform were caused by an “act of God,” not any negligence, and that the federal government never fined the firm for any violations of the Clean Water Act or other environmental laws.

Also, Oscar Pineda-Garcia, director of an oil-spill tracking company Water Mapping LLC used satellite imagery to estimate that the spill is leaking anywhere from 239 to 697 barrels from Taylor’s wells each day for the last 5,150 days.

Following the estimate by Water Mapping, the Washington Post published an article in October to suggest that the Taylor Energy leak “is threatening to overtake BP’s Deepwater Horizon disaster as the largest ever” since it has “no fix in sight.” 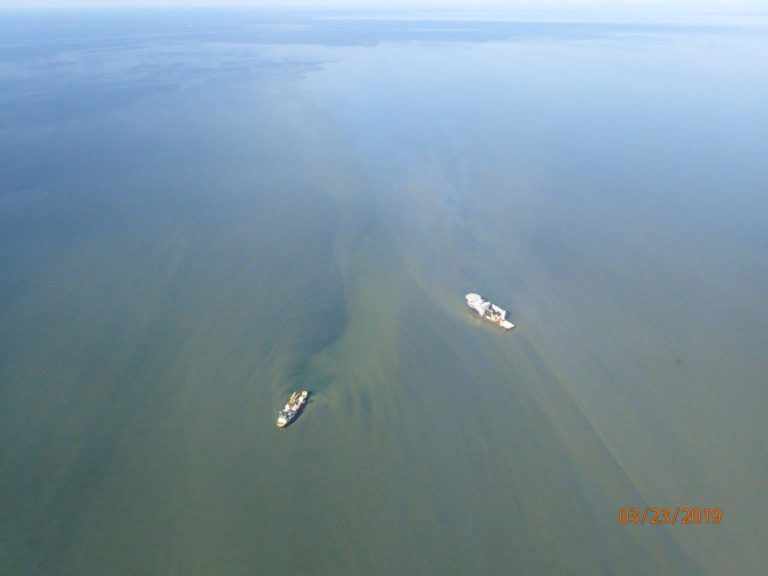