Researchers at the U.S. Department of Energy’s Pacific Northwest National Laboratory (PNNL) are developing a thermal imaging technology to track birds and bats in and around offshore wind farm zones.

PNNL is developing software called ThermalTracker to automatically categorize birds and bats in thermal video. Birds and bats fly over offshore waters, but they’re difficult to track in such remote locations.

The software can help determine if there are many birds or bats near an offshore wind project and if they could be affected by the project. If that’s the case, officials can consider adjusting the location of a proposed project or modifying an existing project’s operations.

“We need scientific tools like this to better understand how offshore wind turbines can coexist with birds and bats.”

Biologists at the non-profit Biodiversity Research Institute are testing the system this summer to determine how well it identifies birds compared to their field observations in Maine, one of the states considering offshore wind power.

“This is an extraordinary collaboration between technology developers, engineers and wildlife biologists who are working together on cutting-edge technology,” said Wing Goodale, deputy director of Biodiversity Research Institute.

“Developing technology to detect bird and bat avoidance at terrestrial and offshore wind farms will promote a better understanding of the nature of wildlife risks — or lack thereof — at any type of wind farm, and reduce uncertainty about the potential for unintended impacts during operation. These cameras could provide a reliable method of detecting bird and bat response to offshore wind projects, where it is not possible to conduct traditional wildlife monitoring.” 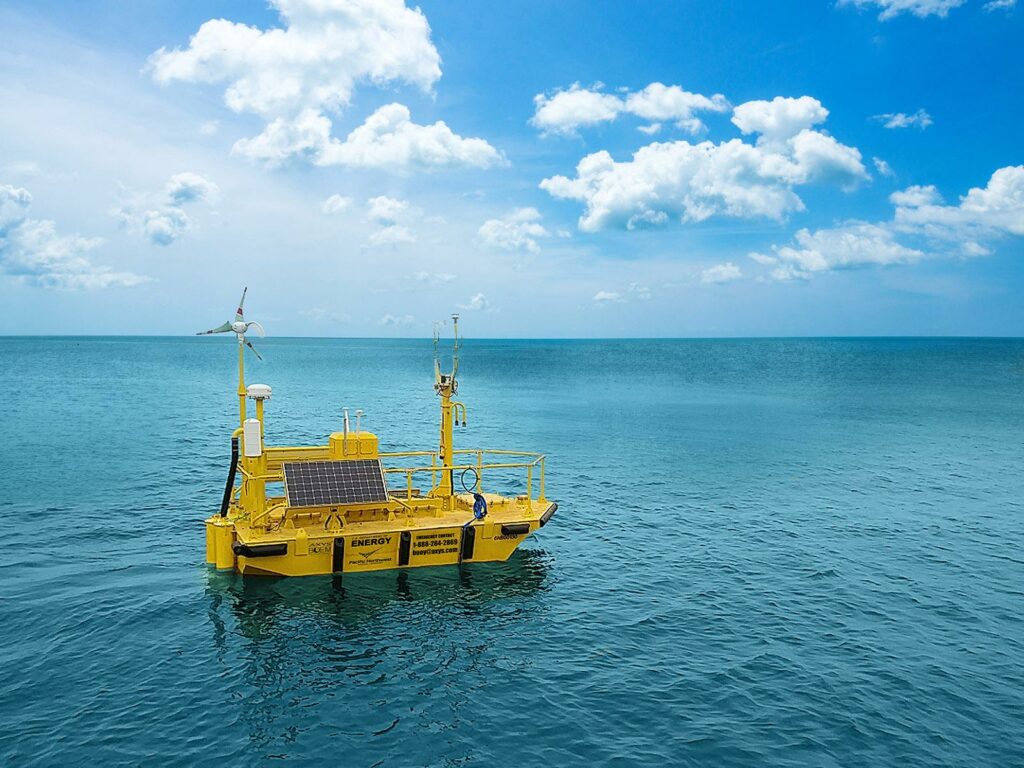