The United Arab Emirates (UAE) has decided to gradually lift the restrictions on crew changes enabling seafarers stuck in UAE to return to their homes.

The move is being announced in the wake of growing concerns for seafarers and their mental health as their transfer has been banned as part of measures aimed at curbing the spread of the coronavirus.

Industry bodies including the International Maritime Organization (IMO) have joined calls to port authorities and governments to give seafarers the status of key personnel and allow them to move freely.

The Federal Transport Authority (FTA) said that priorities will be given to seafarers with resident visas who are stuck onboard their ships, crews of passenger ships currently laid up in UAE, crew members who are no longer medically fit to work onboard the ship and seafarers with urgent medical or humanitarian cases.

In order for the crew changes to be carried out, a seafarer should be on board a ship that has left its last international port at least 14 days ago, and there was no contact with any person outside the ship from outside UAE in the last 14 days.

The eligible crew members will also need to be unfit to remain working on their ships but fit for travel and have their travel tickets arranged. 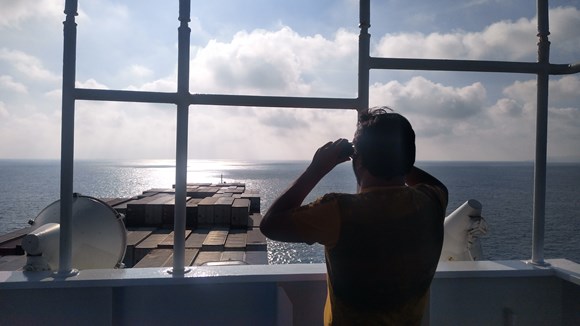