UK-based oilfield services provider EnerMech has secured new contract awards worth over $128 million in Africa, Caspian and the Middle East. The clinched deals and those in the pipeline are spurring the firm to further increase its headcount by adding another 280 employees over the next few months.

EnerMech revealed on Wednesday that it has secured a number of OPEX and CAPEX contracts in core and new markets totalling $128 million across its Africa, the Middle East and Caspian locations, following a programme of “strategic growth activities.”

Paul Cockerill, EnerMech’s regional director for Africa, Middle East and Caspian, remarked: “EnerMech’s long-standing global presence has allowed us to build a strong reputation across each region and we are beginning to see really strong results.”

The company explained that these activities include a new equipment investment of approximately $10 million, signing a number of in-country joint ventures and partnerships, and a “major recruitment drive” expanding the EnerMech team of local hires across these geographies by a projected 63 per cent, in the next 12 months.

According to EnerMeach, a broad spectrum of 11 core competency projects have been awarded by eight clients in Angola, Azerbaijan, Kazakhstan, Qatar, Turkey and the UAE in the last nine months.

“We have made a significant investment in our facilities and equipment such as our operating base Abu Dhabi, UAE and Doha, Qatar and formed a number of new local partnerships to deliver a top-class service for our customers. We have also further developed our capabilities through significant local recruitment, and we are particularly proud to say that our Kazakhstan and Azerbaijan facilities are now staffed entirely with homegrown talent,” added Cockerill.

Furthermore, having expanded its crane capabilities in Kazakhstan with a full team of “local experts,” the division has secured its first crane maintenance contract and this $6.7 million award will see the team delivering onshore and offshore crane maintenance, repair, inspection and certification services.

On the other hand, the remaining projects include valve maintenance services provided to a national oil company in the Middle East; crane maintenance and process, pipeline and umbilicals work for a “major” operator in Turkey; and a turnaround and maintenance scope for a national LNG company in Angola.

“We have plans afoot to secure additional work and diversify our product offering further and expect we will require another 280 employees in the coming months. Our ambitions are high, and I am confident that we can continue to expand EnerMech across Africa, the Middle East and Caspian regions,” concluded Cockerill.

At the start of January 2022, EnerMech provided more insight into the contracts it obtained in 2021, explaining that it kicked off the new year by breaking into new geographies and business territories with over $675.5 million of new contracts secured in the last 12 months.

When it comes to EnerMech’s latest deals elsewhere, it is worth noting that the UK player was awarded in April 2022 its second long-term deal to support the Inpex-operated Ichthys LNG development in Australia. 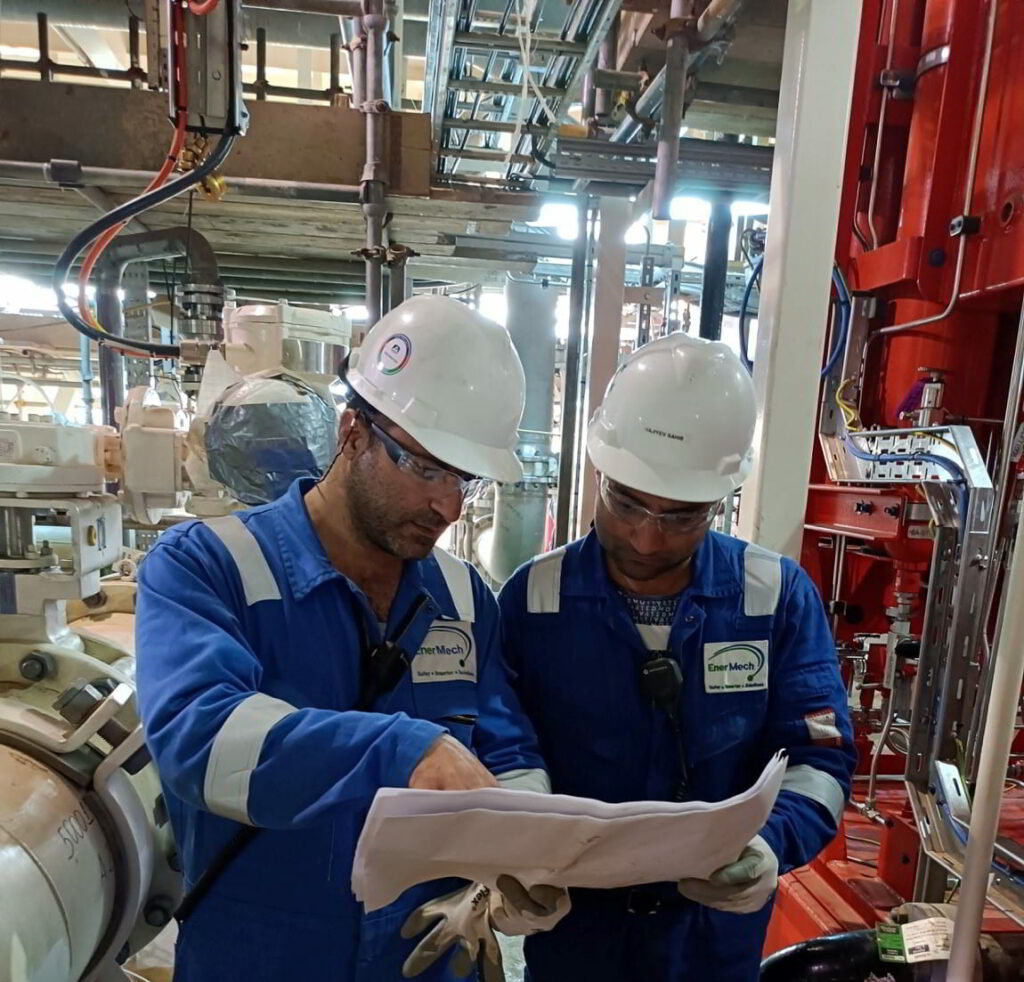